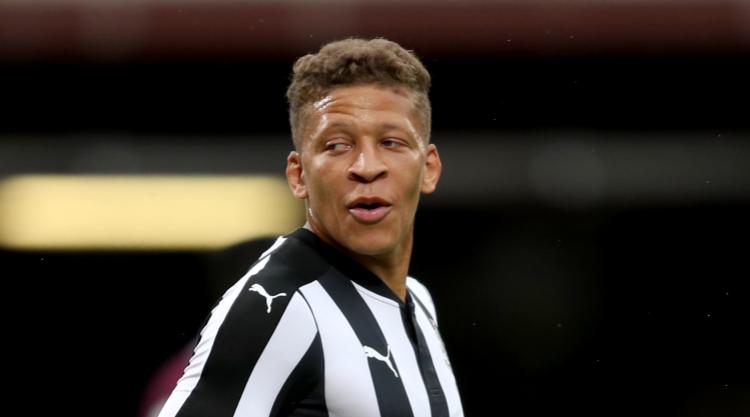 Fulham have tabled a £15million bid for Newcastle striker Dwight Gayle after it became clear the player could be available.

The bid was received on Wednesday morning hours after reports of the London club’s interest in the 26-year-old emerged.

Press Association Sport understands that the Magpies value last season’s 23-goal leading scorer at closer to £20million, although may yet be prepared to settle for somewhere between the two figures.

However, they will not consider doing business with Fulham or anyone else until they have a replacement lined up amid speculation that they have an interest in Liverpool’s Divock Origi.

Manager Rafael Benitez is prepared to sacrifice Gayle, who he bought for £10million from Crystal Palace last summer, after a recent drop in form.

He has already drafted in Stoke’s Joselu in a £5million deal and has admitted he is looking for a different type of striker to complement the Spaniard.

Benitez has been forced to rebuild for the Premier League on a budget at a time when other clubs are investing heavily, and is having to free up resources – Emmanuel Riviere and Siem de Jong have left the club in the last week or so and Grant Hanley could soon join them – to open the door for further incomings.