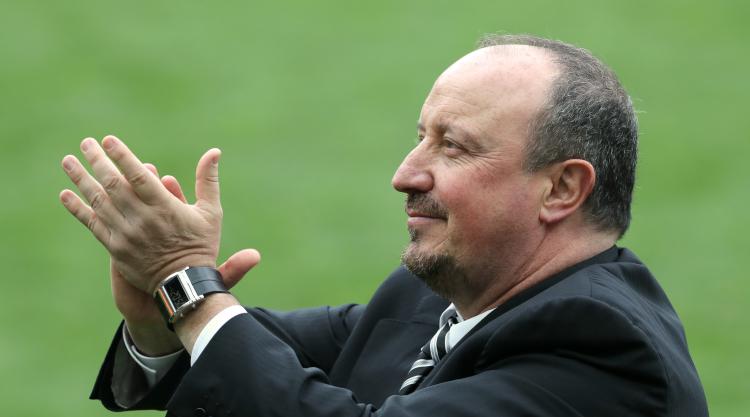 Talks over promoted Newcastle’s plans for the Premier League are under way as the club wastes little time in establishing the way forward.

As fans wait to discover whether or not manager Rafael Benitez will remain at the helm, it appears wheels have been set in motion.

Press Association Sport understands a helicopter arrived at the club’s Darsley Park training headquarters on Tuesday to transport senior members of staff to a meeting away from the gaze of an expectant fanbase, and later delivered them back to the north-east.

There was no official comment from the Magpies, although sources on Tyneside have indicated that the first round of the discussions Benitez said would take place with owner Mike Ashley this week in the aftermath of the club’s Sky Bet Championship title success have now done so.

The two men and managing director Lee Charnley were all smiles as they were photographed together following Sunday’s final day 3-0 victory over Barnsley but the Spaniard is keen to discover whether he and Ashley share the same ambition for the club in the Premier League.

Benitez was given full control of recruitment last summer as he reshaped his squad for the Championship but significant strengthening will be required this time around if the club is to retain its top-flight status.

Fans fear the former Real Madrid boss, linked with West Ham in recent days, could walk away from the three-year contract he signed in May last year if he does not get the answers he wants.

However, he has clearly enjoyed his time at St James’ Park to date and has been moved by the overwhelming support he has received from the public, and he has hinted in recent weeks that he wants to stay.

That said, Ashley is not a man who takes kindly to attempts to back him into a corner, although Benitez is an experienced and shrewd campaigner who knows he is playing a strong hand.

Whatever the outcome of the initial talks, it is understood Newcastle will attempt to do the bulk of their summer transfer business early in a bid to avoid a desperate last-minute rush, and confirmation that the man who led the club back to the promised land is still on board would provide a welcome boost.