A manhunt for the acid attacker who left two Muslims with horrific injuries in east London continues as detectives release a new image of the suspect.

Resham Khan and Jameel Muhktar, 37, were attacked by a man who threw acid through their car window on Ms Khan’s 21st birthday in Beckton.

Both Mr Muhktar and his cousin, an aspiring model, were left with life-changing injuries in the attack that police are treating as a hate crime.

John Tomlin is the suspected attacker still at large, and police have now released a new image of his whereabouts after the incident on June 21.

Scarring: The acid was thrown across her face and body (GoFundMe)

Fresh CCTV of the 24-year-old in a Romford shop on Monday shows a distinctive tattoo on the suspect’s hand.

Police have warned the public not to approach Tomlin, but to call 999 immediately if he is seen.

The new appeal comes after Mr Muhktar spoke out for the first time since the ordeal, telling Channel 4 he believes he and his cousin were targeted because they are Muslims.

An assault just before the horrific attack may have involved Mr Muhktar and two men, Scotland Yard have now said. 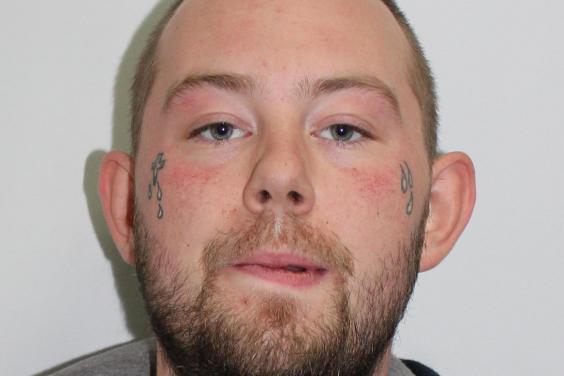 Hunt: Police are looking for John Tomlin in connection with the attack (Met Police)

But a spokesman for the Met added: “While this remains a hate crime inquiry, we are still examining a number of different strands regarding the motive.

“We appeal to anyone with any information about this horrendous crime, or the events leading up to it, to contact police.”

Tomlin is a white man, around 6ft, of stocky build with short fair hair and distinctive tattoos of tear drops on his face. 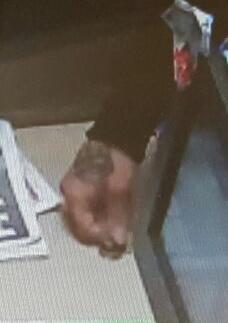 He is known to frequent the Canning Town area and has now been spotted in Romford, both in east London.

Officers believe the victims were in a parked car when the corrosive substance was thrown over them.

The car made off as the suspect pursued it on foot before it crashed into a fence and the suspect fled shortly before 9.15pm.

Anyone with detail of John Tomlin’s whereabouts is asked to contact police via 101, or via Twitter @MetCC. To give information anonymously call Crimestoppers on 0800 555 111 or visit crimestoppers-uk.org.