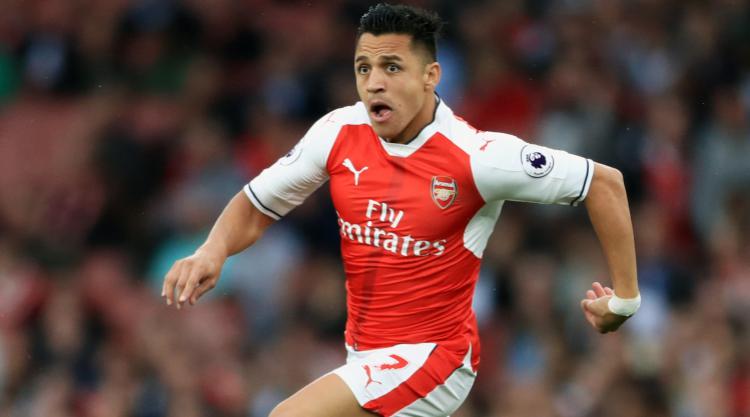 Alexis Sanchez returned to Arsenal training on Friday as manager Arsene Wenger maintains his stance that the forward will not be sold.

The Chile international has been linked with a move away from the club this summer with less than a year remaining on his current deal at the Emirates Stadium and could walk away for free at the end of the upcoming season.

Wenger has insisted several times that Sanchez will not be sold, although links with Manchester City continue.

Sanchez missed Arsenal’s scintillating start to the new Premier League season, an abdominal injury forcing him to sit out the 4-3 victory over Leicester.

The 28-year-old watched from the stands as Olivier Giroud’s late header earned the Gunners three points.

Rumours persist that Sanchez will leave before the window closes, with Wenger suggesting he will also miss the trip to Stoke next weekend.

Asked if there was any update on Sanchez’s situation, Wenger replied: “No.

“He practised well today, this morning, had a good session for the first time because he had a little muscular strain. He is focused and happy in the dressing room because we won the game.”

While Arsenal won just their second opening fixture in the last eight years, they were pushed all the way by the Foxes, who had led twice during a frenetic evening at the Emirates Stadium.

Alexandre Lacazette marked his Arsenal league debut with a goal on 94 seconds, only for Shinji Okazaki to level less than three minutes later.

Jamie Vardy then struck twice either side of Welbeck’s equaliser as the Foxes looked set for a first league win over Arsenal since 1983.

But it was not to be as substitutes Aaron Ramsey and Giroud struck late on to seal a remarkable three points for Wenger’s side.

Now the Frenchman wants the difficult nature of the win to act as a reminder about how tough the division can be.

“It is a relief and I believe as well a reminder to the players that they have hurdles on the way and that we can get round it, like tonight so that is quite positive.

“After that, let’s take it game by game – go to Stoke – then to Liverpool, who are as well one of the teams who want to win the Premier League.

“To win like we did will only strengthen it and overall we have good ingredients in the squad and it is a good opportunity again to show it away from home.”