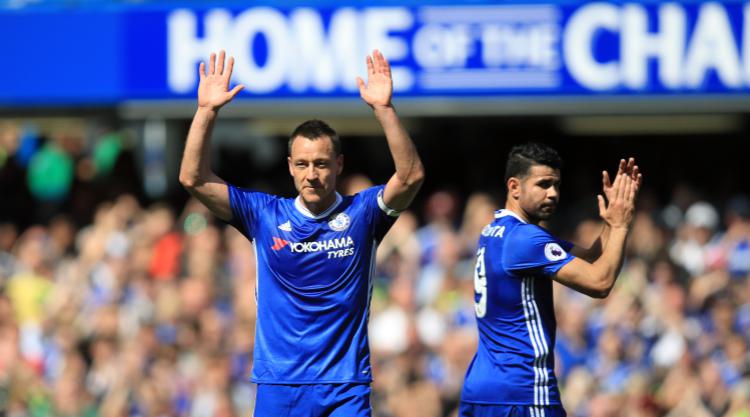 The Football Association has decided to take no further action against John Terry or Chelsea after investigating the circumstances of his substitution in his final game at Stamford Bridge at the end of last season.

Having worn the number 26 jersey during his 19-year career at the club, Terry left the field through a guard of honour formed by his teammates after 26 minutes of the champions’ 5-1 win over Sunderland.

The FA’s Integrity Department said it would investigate the substitution after it emerged that several punters had won thousands of pounds for betting on the exact time of Terry’s substitution at odds of 100-1.

Shortly before the game, the editor of a Chelsea fanzine had tweeted that Terry would be withdrawn after 26 minutes.

However, it is understood the FA has now decided there is no case to answer as there is no evidence to suggest this was inside information intended for the purposes of betting and is therefore not a deliberate attempt at so-called spot-fixing.

Proving such an offence is notoriously difficult and it could also be argued that the tribute to Terry was not unprecedented as Didier Drogba was carried off by his Chelsea team-mates during the first half of a Premier League game against Sunderland in 2015.

The FA believes it spends more on anti-doping than any other sports governing body in the UK and more than any other national football association. Last season, there were only two anti-doping rule violations in English football, both for in-competition use of social drugs.

As well as increasing its testing efforts, the FA is also close to announcing new guidelines for fining clubs for whereabouts failures.

Last season, Bournemouth, Manchester City and Fleetwood were fined for failing to keep up-to-date whereabouts information, which anti-doping officials need to be able to find athletes to do out-of-competition testing.

After three breaches of the rules within six months, Manchester City were fined £35,000, which is understood to be the maximum sanction available under the current guidelines.

That was relatively small sum was criticised by some anti-doping experts and athletes from other sports, prompting the FA to review the sanctions.

The new Premier League season will also see new crackdown on simulation or, as it is now known, successful deception of a match official.

When there is clear and overwhelming evidence of a player successfully tricking an official to make an incorrect decision that results in a penalty, a red card or a yellow card that later leads to an opponent’s dismissal, a three-strong panel will review the evidence independently.

If they are unanimous that an offence has taken place, a charge will follow and the case will be fast-tracked, with offenders receiving a two-match ban.

Scottish football has had a similar system for a number of seasons and the evidence from north of the border is that players quickly accept their punishments and behaviour has improved.