Kim Jong Un has issued a warning to the US after North Korea tested a missile allegedly capable of hitting Los Angeles, Chicago and Denver.

Analysts have concluded that a wide swathe of the US is now in range of North Korean weapons following the latest test launch.

The Korean Central News Agency said Kim expressed “great satisfaction” after the Hwasong-14 missile reached a maximum height of 2,314 miles and travelled 620 miles before accurately landing in waters off Japan.

The agency said the test was aimed at confirming the maximum range and other technical aspects of the missile it says was capable of delivering a “large-sized, heavy nuclear warhead”. 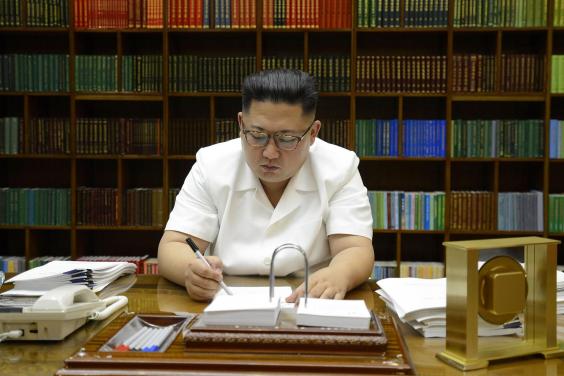 Analysts estimated that the North’s first ICBM on July 4 could have reached Alaska, and said that the latest missile appeared to extend that range significantly.

Immediately after the launch, US and South Korean forces conducted live-fire exercises.

South Korean defence Minister Song Young-moo called for the deployment of strategic US military assets – which usually means stealth bombers and aircraft carriers – as well as additional launchers of an advanced US anti-missile system.

Japanese government spokesman Yoshihide Suga said the missile flew for about 45 minutes – about five minutes longer than the first. The missile was launched on a very high trajectory, which limited the distance it travelled, and landed west of Japan’s island of Hokkaido.