The MP said she was “sick to death” of attacks on the journalist over her impartiality after critics claimed she displayed bias during the election campaign.

Ms Cooper, who set up the Reclaim The Internet campaign to challenge online abuse, said she was “sick to death of the vitriol poured out from all sides towards Laura Kuenssberg”.

She also highlighted the “unacceptable” and “utterly shameful” abuse directed at Labour MP Luciana Berger, who has been targeted by supporters of Mr Corbyn over her past criticism of the leader. 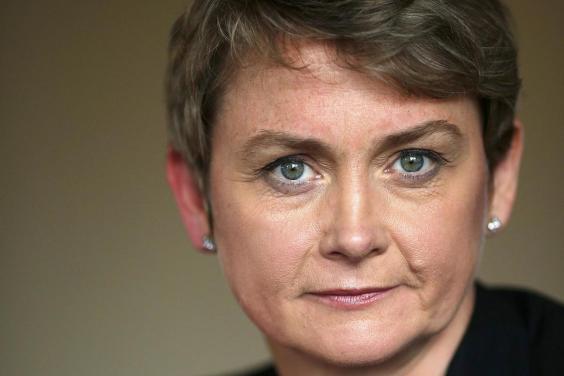 Ms Cooper, who will again chair the influential Commons Home Affairs Select Committee after being elected unopposed, said the “kinder, gentler” politics espoused by Labour leader Mr Corbyn must be part of the party’s path to power.

Ms Cooper, speaking at the Fabian Society conference in London just hours after Theresa May met Donald Trump in the margins of the G20 summit, lashed out at the US president and condemned the Prime Minister’s failure to speak out against him.

Referring to Mr Trump’s use of Twitter, she said: “These aren’t just harmless rants from a sad man in his bedroom.

“This is the bully pulpit of the most powerful man on the planet, broadcast direct to millions of people, echoed and amplified by the Breitbarts, the cheerleaders, the echo chambers.”