One person has died and at least seven others were injured when a carriage detached from a thrill ride at the Ohio State Fair.

The Fire Ball ride malfunctioned at 7.19pm, sending an 18-year-old man flying 50 feet through the air to his death.

Harrowing video footage shows the moment a part of the ride comes loose from the main section, sending an entire carriage of passengers flying.

Screams are heard in the background as passengers are thrown to the ground. 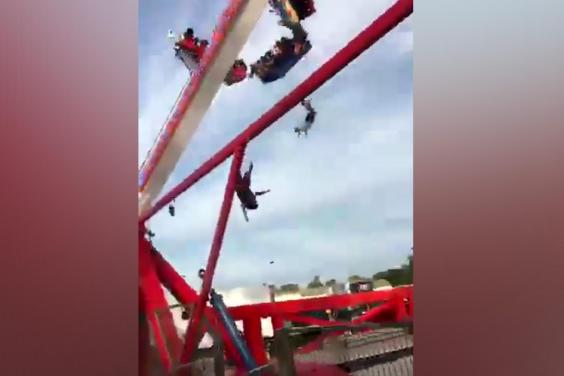 Riders are sent flying in the horrific crash

Ohio Govenor John Kasich called it “the worst tragedy in the history of the fair,” adding, “it’s a very, very sad night for all of us.”

“The fair is about the best things in life, and tonight with this accident it becomes a terrible, terrible tragedy,” he said.

He ordered all rides at the fair to be shut down for urgent inspections and organisers launched an investigation. 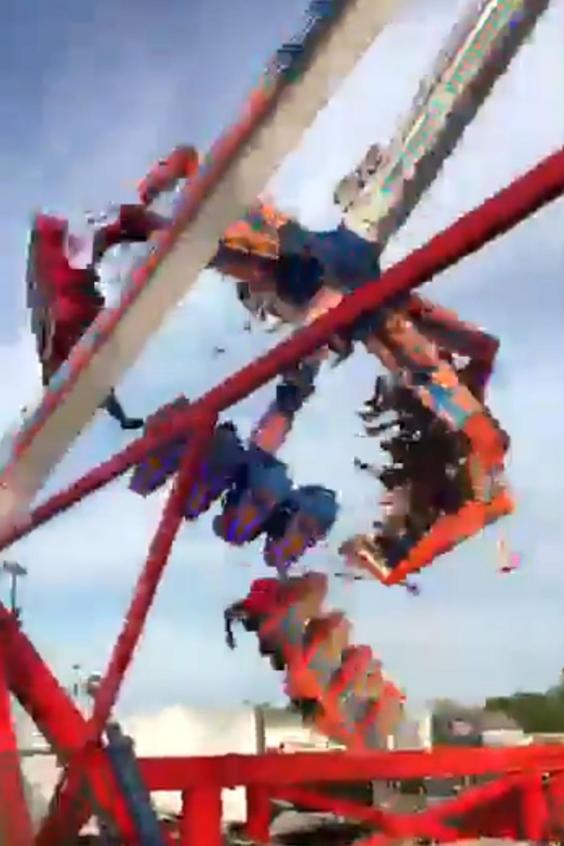 Officials said the 18-year-old man who was killed was one of several people who were thrown to the ground when the ride malfunctioned. They have not released his name.

Ohio State Medical Center said three of the injured were being treated there. Two of them were in critical condition, the hospital said Thursday. 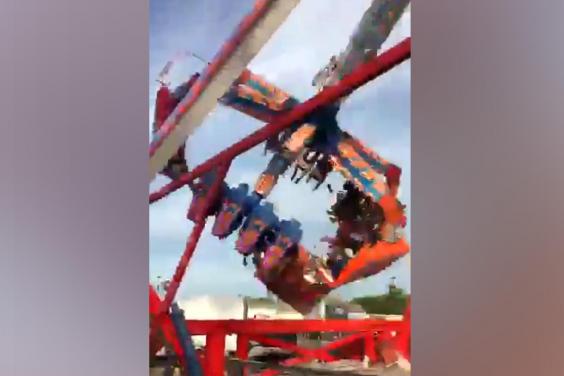 The Fire Ball is a mechanical swing thrill ride which spins passengers like a pendulum in carriages which also spin at 13 revolutions per minute.

According to the fair’s chief ride inspector, Fire Ball was declared safe to open on Thursday.

“Our hearts are heavy for the families of those involved in last night’s tragic accident,” the fair said early Thursday morning in a statement posted on its Twitter page.

“We have shut down all rides until the state has inspected each and every ride again and deemed them to be safe.”