Cyclist Dani King says her body will never fully recover from a training crash three years ago, and she checks it “every day”.

The London 2012 Olympic gold medallist suffered five broken ribs and a collapsed lung during a 2014 session when a fellow cyclist hit a pothole and collided with her.

The pain was “excruciating” after the accident in South Wales and at one point she thought she was “going to die”, King, 26, told the Standard.

She said the crash still plagued her fitness, adding: “I do not think [my ribs] are going to be normal again to be honest. I check my ribs every day. I don’t know yet what my lung capacity will be now in competition compared to before.

“It is not something that I think about too much. I am very lucky that I came off when I did, it could have been a different story.” Despite this, the two-time team pursuit world champion said she was training harder than ever while at the same time planning her wedding to a fellow cyclist, Welshman Matt Rowe. 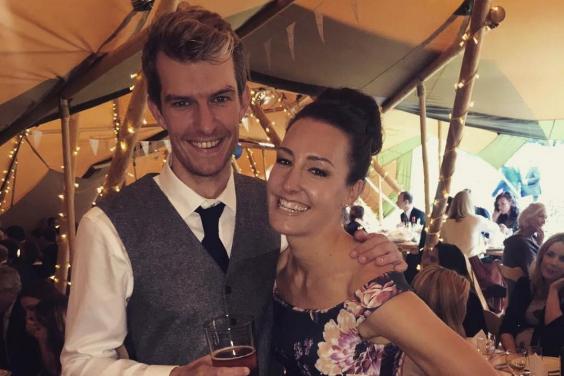 Dani King says she checks her body ‘every day’.

King said she has had two hen celebrations, one in Cardiff and another in Marbella. “I am getting married in September so planning and training is all I am doing. It [planning] is taking up a lot of my time. I have just got back from Marbella with a few friends so that was a lot of fun. I had two hen dos — one at home which was a bit more messy.”

One bridesmaid is Laura Kenny, King’s Olympic teammate. Kenny is expecting her first child with fellow Olympian Jason Kenny. “Laura is one of my best friends,” said King. “She is close to her due date now, so I cannot wait to meet her baby.”

King, who grew up in Hamble, Hampshire, said she was taking “each year as it comes” with her career after being left out of the Team GB track cycling team for the Rio 2016 Games. At the time, she told reporters the news was a “devastating blow”.

She appealed against the decision, claiming the selection process had been unfair, but the appeal was rejected. She said: “I stand by everything I said at the time. I am back working with British Cycling now, though as a road rider,  and there is lots to be going on with. It is all very positive.

“What I took from it was not to focus too much on one competition. I am not thinking as far ahead as the Olympics. The Olympics is obviously a big aim for me always. If I get there it is a bonus.”

King is preparing to defend her title at the Red Hook criterium, which returns to London for the third time tomorrow. Competitors race over a short, technical circuit on brakeless fixed-gear bikes. She said: “I am really excited, I loved being part of it last year. It is so adrenaline charged and so unique. It is a real spectator sport.”