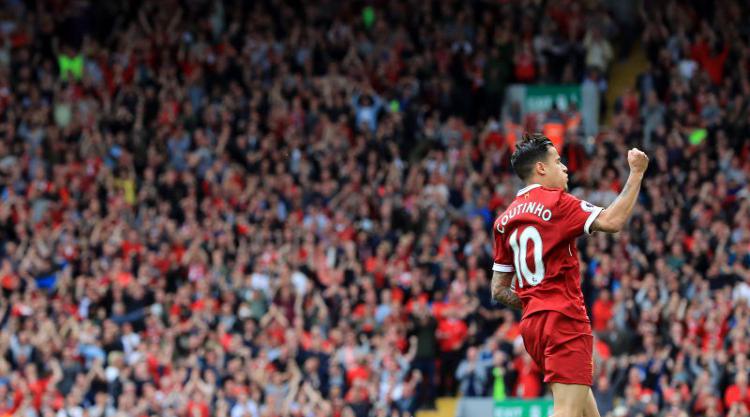 Michael Owen believes Liverpool can resist the lure of Barcelona and hang on to star man Philippe Coutinho.

Barca have already had a £72million bid for the Brazilian turned down but if Neymar’s world record move to Paris St Germain goes ahead they are expected to renew attempts to sign up Coutinho.

Reds boss Jurgen Klopp has gone on record to say his prize asset is not for sale but the Catalan club are used to getting their own way in the transfer market and it is the dream destination for players all over the world.

Owen was once faced with a similar decision – trading Merseyside for Madrid in 2004 – but whereas he allowed his contract to run down as he looked for a new challenge, Coutinho signed a five-year deal in January.

“The news going around Spain is obviously fuel to the fire if the Neymar deal goes ahead – the speculation becomes intensive (regarding a) Coutinho move,” he told Press Association Sport.

“But he was happy enough a short while ago to sign a long-term deal and since then the club have qualified for the Champions League and strengthened the team.

“I think they played a really good move in signing him to a long contract because if the worst came they would get a lot of money for him, but I don’t see it happening.

“Other than Coutinho not being happy I can’t see how there is going to be a deal. It’s inevitable that a lot of good players want to ply their trade in Spain but the situation with the length of contract has to count for something.”

Owen, who was appointed international ambassador by Liverpool last year, has also seen nothing to suggest the Reds are preparing for life without Coutinho.

Instead their focus appears to be elsewhere, with Southampton defender Virgil van Dijk and RB Leipzig midfielder Naby Keita among the players targeted over the summer.

“Normally there’s a giveaway, a number 10 bought just in case, but Liverpool seem to be looking at a centre-back and a defensive midfielder,” he said.

“Liverpool don’t need to sell and the noises out of the club are that they want to reinforce, grow the numbers to compete on all levels. This year they certainly seem to be in buying mode, not selling.”

Michael Owen is helping McDonald’s celebrate 15 years of its Community Football Programme and its long-standing commitment to inclusivity. For more information visit mcdonalds.co.uk/betterplay