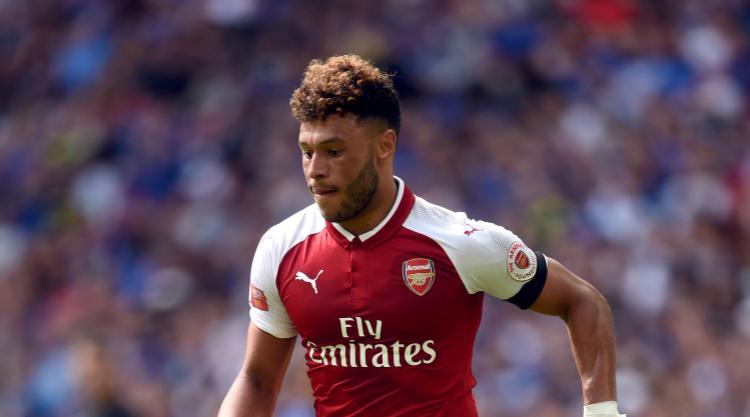 England winger Alex Oxlade-Chamberlain has signed for Liverpool from Arsenal.

Here, we look at other big-name players who have left the Emirates Stadium to join the north London club’s Premier League rivals in recent years.

Signed from Monaco in January 2006, Togo international Adebayor went on to score plenty of goals for the Gunners. In total he hit 62 goals in 142 appearances, including 30 goals in 40 starts during the 2007/08 season, before his relationship with the club soured. He departed for Manchester under a cloud and only made matters worse as he sprinted the full length of the pitch to celebrate in front of Arsenal’s fans after scoring in City’s 4-2 win soon after. Loan spells at Real Madrid and Tottenham followed as his place came under threat from other new arrivals.

Having joined Arsenal for a nominal fee in 2002, Toure went on to establish himself as one of the club’s first-choice central defenders and became an integral part of the 2003/4 ‘Invincibles’ side. The Ivory Coast international followed Adebayor in leaving for City as Mark Hughes looked to build a side with the hefty financial backing of Khaldoon Al Mubarak. He won a second Premier League crown as part of the City side that pipped neighbours Manchester United to the title in 2011/12 before later moving on to Liverpool and then Celtic.

Clichy had barely featured in the first team at Cannes before being spotted and signed by Arsenal in 2003. Starting out as a deputy to Ashley Cole, the French left-back would go on to establish himself in the side. Q uick to get up and down the flank, Clichy made 264 appearances for the Gunners before City came calling. Two Premier League titles and six seasons later, he left on a free transfer to link up with Istanbul Basaksehir.

Then City boss Roberto Mancini returned to Arsenal to poach France midfielder Nasri as he built a side that went on to win the title. His departure from the Emirates Stadium was acrimonious but he was vindicated by the capture of two league crowns in three years at the Etihad Stadium. He fell out of favour under Pep Guardiola and spent much of last season on loan at Spanish side Sevilla before completing a cut-price move to Antalyaspor.

The Dutch forward hit 37 goals in 48 appearances for Arsenal in the 2011/12 campaign – and it was that form which saw Sir Alex Ferguson set his sights on Van Persie. Having joined Arsenal from Feyenoord in 2004, Van Persie slowly developed into a lethal finisher only for Wenger to let him leave for Old Trafford for around Â£24million. He was an instant hit at United, firing Ferguson’s side to the title with 26 league goals before indifferent seasons under David Moyes and Louis van Gaal eventually saw him depart for Fenerbahce.