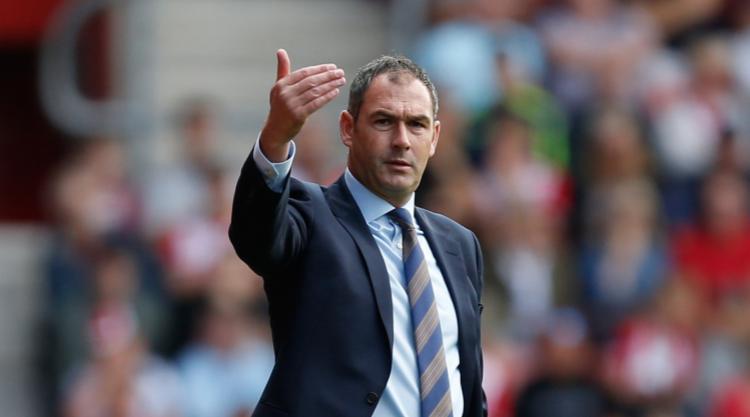 Paul Clement says Swansea have “multiple targets” as they plan to use the Gylfi Sigurdsson transfer cash by signing two or three players.

Sigurdsson finally completed his protracted move to Everton on Wednesday night, with Swansea understood to have received a club-record fee around the £45million mark.

Clement wants to strengthen his squad before the transfer window closes on August 31.

Former players Wilfried Bony and Joe Allen have both been linked with Swansea returns, while West Brom forward Nacer Chadli and Hull midfielder Sam Clucas are also understood to be on the club’s radar.

“I spoke to the owners (Steve Kaplan and Jason Levien) last night and what we will do moving forward,” head coach Clement said at his pre-match press conference for Saturday’s Premier League home game against Manchester United.

“We have received a good transfer fee and funds are available to strengthen the squad.

“It is a big challenge replacing Gylfi, but I hope we can potentially bring in two or three players to strengthen us in various positions.

“I am not going to talk about players at other clubs, but there are discussions behind the scenes with the owners, the chairman and our recruitment team who we can potentially bring in before the window is over.

“We have multiple targets because things do not always come off, you have to move to other players in that situation.

“We have to move swiftly, but we will not panic. Sometimes the deals can be better in the last days of the window.”

Sigurdsson’s importance to Swansea was underlined by his statistics as the Welsh club just avoided relegation last season.

The Icelandic playmaker scored nine goals and created 13 more and was named Swansea’s player of the year for the second successive season.

“There was a wish from Gylfi to have another challenge and we accepted that,” Clement said.

“He has been a brilliant servant, scoring goals, making assists and covering more distance than anyone at this level for the last two seasons.

“It is disappointing, but we were realistic that a club investing who are above us means you can lose them.

“It happened with Bony and Allen, the best players can get picked off.”

Sigurdsson’s departure has led to some suggestions t hat Swansea could be facing another another relegation battle this season.

But Clement stressed that Swansea’s philosophy is built on the team ethic rather than one player, no matter how good that individual is.

“My message to the fans would be that the club wants to move forward, we want to improve our squad and our style,” he said.

“We believe with the funds we have available that we can strengthen the squad and become a better team.

“I’ve always felt we’ve had a good team ethic. The spirit was good and Gylfi was part of that, he worked and trained so hard.

“But you have to understand the team is more important.

“We don’t have superstars here, everyone gives their best for each other.”