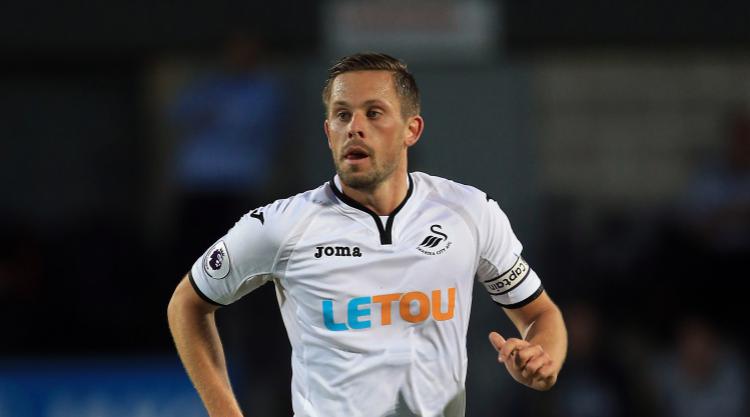 Swansea head coach Paul Clement hopes a decision about Gylfi Sigurdsson’s future will be made by the end of the week.

The Swans have rejected two bids from Everton – with the last believed to be worth £45million – for the Iceland midfielder.

Sigurdsson missed the club’s tour to the United States after withdrawing following interest from the Toffees, with the club saying he was “not in the right frame of mind”.

The 27-year-old has since rejoined training but will not feature in Swansea’s next friendly.

Clement suggests a decision is near, saying: “He will not play against Sampdoria on Saturday. Talks are still going on and hopefully we are going to get some news in the next couple of days.”

After an open training session at the Liberty Stadium, Clement told the assembled media: “The deal needs to be the best for all parties involved, we have got a very important season coming up.

“We know what happened last season – if you don’t make a good start – and we don’t want that to happen again.”

Swansea are believed to want Â£50m for Sigurdsson, but with Everton unwilling to match that valuation there have been reports they will offer England Under-20 World Cup-winning right-back Callum Connolly as a makeweight.

A cash-plus-player deal would be acceptable to Clement.

“Assuming it is the right player coming our way and it is someone we are interested in and fills a need in our squad. Those deals will always have potential,” he added.

“I hope it is done today, either way, whether that is selling or not, but we need a quick resolution to the situation.”