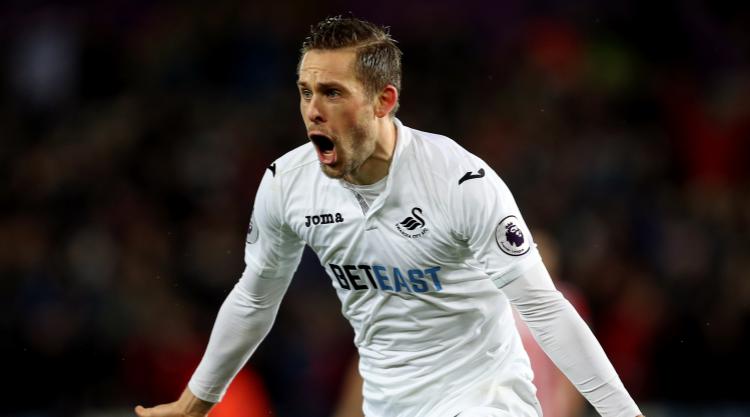 Paul Clement has insisted that Gylfi Sigurdsson will only leave Swansea if the club’s sizeable valuation is met.

Press Association Sport reported on Monday that Swansea had put a £50million price tag on Sigurdsson amid strong interest from Everton and Leicester.

Sigurdsson is set to join Swansea’s pre-season tour to the United States when the squad departs on Thursday, and head coach Clement says he is planning for the Icelandic playmaker to be at the club when their Premier League season kicks off on August 12.

“He is training hard and straightaway he is at the top of all the statistics physically,” Clement told the official Swansea website.

“I am planning for him to be here, but there is clearly some very strong interest in him. We will have to see what happens.”

The 27-year-old scored nine league goals and had 13 assists and was named the club’s player of the year for the second successive campaign.

“Gylfi has been an excellent player here,” Clement said.

“He has three years on his contract and if any business is going to be done, it will be done on the terms we want.

“The club recognised his contribution by giving him an extended contract last season. He was happy to stay on here.

“At the moment he is a Swansea player and we have to carry on looking at it that way.”