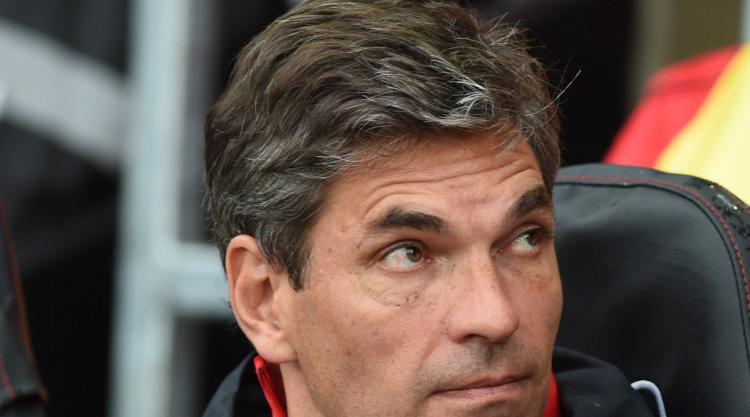 The Gao family from China this week completed an 80 per cent share purchase in Southampton, leaving Katharina Liebherr holding the remaining stake at the St Mary’s club.

The Liebherr family have guided Saints to mid-table Premier League security, and Pellegrino believes the new owners only want to extend that stability.

Backing the Liebherr family’s judgement on the new owners, Pellegrino said: “At the beginning nothing will change, everything will continue in the same way. All the board will continue.

“Obviously little by little I imagine the new owners want to know us and to be in contact but not now.

“I hope the new owners means the best for the club. This is my feeling right now.

“Hopefully the new owners can achieve the same progress for the club like the Liebherr family did in the past.

“In the last six years the progress was really good and hopefully it will be the best for the club. This is my feeling now.”

Pellegrino admitted he has yet to meet Saints’ new owners, but believes they will link up with the coaches and the squad only when the time is right.

Asked if he had met the club’s new stewards yet, Pellegrino replied: “No. We were with Ralph (Krueger) talking with the players, technical staff, the medical staff explaining the situation.

“But we were the first to know about the new owners and that’s it.”

Wantaway defender Virgil van Dijk will not be considered for selection for Saturday’s West Ham clash, but Saints remain determined not to sell the highly-prized centre-back in this transfer window.

And Pellegrino believes the Gao family back chairman Ralph Krueger’s stance that Saints will not be forced into selling Van Dijk.

Pellegrino added: “I couldn’t speak with the player, I couldn’t see him because I have been working with the team but I’ll say the same as before – hopefully Virgil can come back with the team to train with us in future but nothing has changed since last week.

“At this moment Southampton want to progress on the pitch and the idea is to keep the best players in the club.”