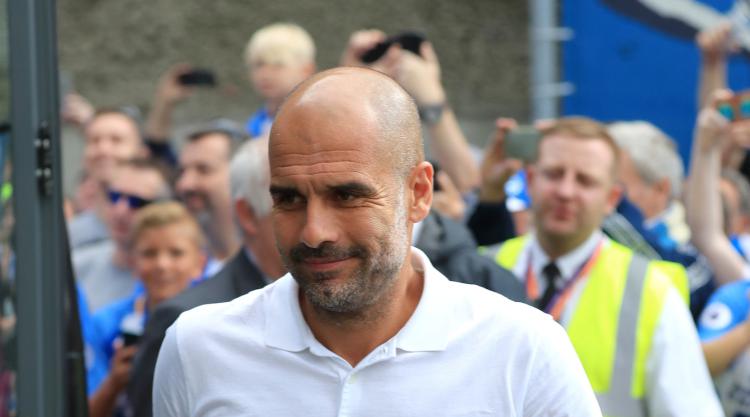 Pep Guardiola cannot fault the work rate of his Manchester City side, but wants more precision in their play.

City opened their campaign with a 2-0 win at Premier League new boys Brighton on Saturday.

The visitors were kept at bay by the Seagulls until striker Sergio Aguero made the breakthrough after 70 minutes and Lewis Dunk’s own goal doubled the advantage.

“We have to learn to attack better,” Guardiola said.

“The big teams have to handle all situations. I am satisfied, especially with the second half. We are here to win games. We won but it is just the first one.

“We run a lot. You don’t see one player on my team not running. That is what I’m proud of the most.

“Last season we ran a lot but in the boxes we were not good.

“In the boxes we were perfect (at Brighton). We scored two goals, but we created more.

“Hopefully in the future we can be more accurate.”

City travel to Girona for a friendly on Tuesday night before playing Everton on August 21.

Brighton next go to 2015-16 champions Leicester, with boss Chris Hughton satisfied with his side’s first showing.

“This is our first Premier League game and we were playing against the team some think might win the league,” he said.

“There will be bigger scorelines than this in some Man City games, because of the quality that they’ve got.

“It’s a very disappointed changing room, which shows it means something to them and shows they know that for 70 minutes we were very much in the game.