Brett McBain, 51, from south London and David Buckley, 54, from East Yorkshire, confessed to founding “The Other Place”, a chat room to share hundreds of thousands of indecent images of children.

The pair described the forum, set up in 2014, as “a channel for the respectful appreciation of youthful beauty”.

McBain, who went by the name “King of the Castle”, shared links to some 200,000 indecent images via the chat room and Buckley posted more than 30,000.

McBain, from Balham, south London, pleaded guilty to 10 charges relating to the distribution of indecent images while Buckley, of Goole, East Yorkshire, admitted a single charge of conspiring to distribute images with him. 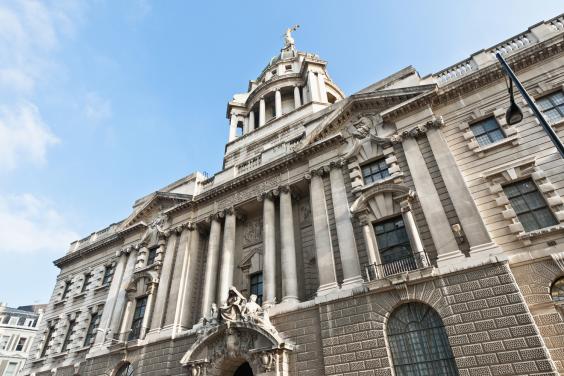 The two men will be sentenced at London’s Old Bailey. (Shutterstock)

The court heard they met through another similar channel on the dark web before they decided to set up their own version.

Mitigating, Dominic Thomas said McBain was an alcoholic who was “glad” to be arrested to “sort himself out”.

Throughout, he thought his co-conspirator Buckley was a 24-year-old woman, the lawyer said.

Rina Hill, for Buckley, described him as a solitary man with alcohol and drug issues.

She said: “Mr Buckley maintains the real buzz and thrill for him in his interest in this channel was in the fact his persona as a woman meant that others gave him a lot of attention and made him feel less lonely.”

Recorder Brian Altman QC will sentence the men at the Old Bailey on Monday.

The dark web is a hidden part of the internet which is unseen to most browsers and requires special software to access.