Lord Hague intervened amid Cabinet tensions over the Chancellor’s push for a transitional deal to preserve free trade and open borders until 2022.

Speaking in Brazil, Mr Hammond said that “the clock is ticking” on negotiations and dismissed reports that Brussels chiefs were going to stall trade talks until December due to lack of progress on agreeing a cash settlement.

But at home, a Cabinet source was reported to have called on the Chancellor to “put a sock in it, stop undermining the Prime Minister and get back to developing a sound economic plan”. 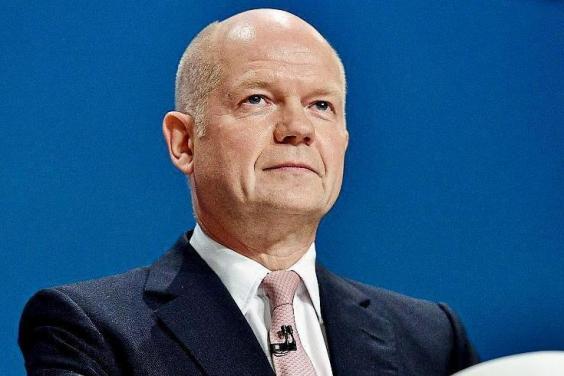 Foreign Secretary Boris Johnson and Liam Fox, the International Trade Secretary, are understood to be unhappy that Mr Hammond appears to want EU free movement to continue in all but name until 2022. Eurosceptic ministers are worried that a temporary arrangement could become permanent.

But Lord Hague praised the Chancellor for having come up with a proposal that would prevent a “disaster”. “This is seen by longstanding advocates of leaving as a ‘soft’ position or a climbdown,” he wrote in the Daily Telegraph. “But in reality it is a plan to rescue Brexit from an approaching disaster.”

He said it would calm businesses who were wondering whether to move staff and production abroad, without compromising on a full Brexit. Although it involved paying  into the EU budget in 2020 and 2021, that would help to resolve the deadlock about the cash settlement. It would also give time to make new customs arrangements.

“This should, of course, be the plan of the whole Government, agreed in advance and relayed unanimously. But even in the absence of that, it is the most sensible and workable approach,” said the peer, who is popular with grassroots Tories.

Yesterday the Prime Minister’s spokesman insisted that free movement of EU citizens would end in 2019, but conceded that numbers would not instantly fall. Mr Hammond last night reiterated that the jurisdiction of the European Court of Justice will also end in 2019, which would preclude free movement as it is currently enjoyed.