Police have released pictures of a newborn baby girl found abandoned at a bus stop as officers step up the search for her mother.

The baby girl was discovered in a bus shelter near the Magpie and Stump pub in Towyn, North Wales, at 7.15am last Tuesday.

Police released photos of the infant, who is being cared for at Glan Clwyd Hospital, a week on from her discovery as they appealed for the mother to come forward and give her daughter a name.

In a video released by the force, Helen Douglas, of North Wales Police, made a direct appeal to the mother. 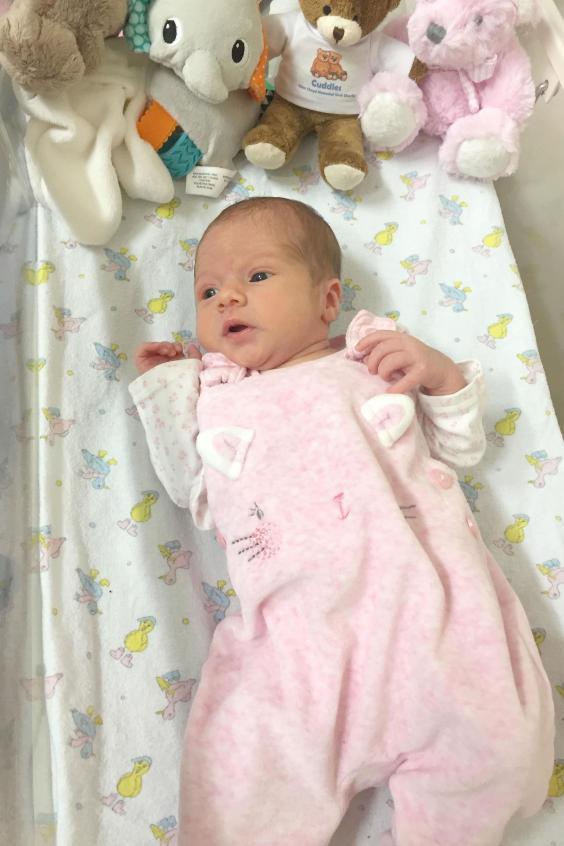 The baby is being cared for at Glad Clywd Hospital (PA)

She said: “We think that you placed your daughter somewhere where she would be found and that is why it is important that you know your daughter is making good progress and actually may be well enough to be discharged soon.

“Your daughter needs a name and we want you to tell us what you want for her even if you don’t feel able to look after her yourself.”

She said police were still “really concerned” about the welfare of the mother and wanted to make sure she could be provided with any medical treatment and support needed.

Anyone with information should North Wales Police by calling 101, quoting reference number V103529.