These are the faces of a gang of burglars who stole £400,000 worth of designer bags and jewellery from footballer John Terry’s £5 million mansion.

The group of thieves, all aged 30 and under, were today jailed for a total of nearly 28 years for carrying out a string of high-value burglaries across Surrey and Sussex.

The burglary gang knew the house would likely be empty after they saw an Instagram post by the former Chelsea star, posing on the slopes of a ski resort in the French Alps.

Armed with axes, the gang broke in and ransacked the family home on February 25. 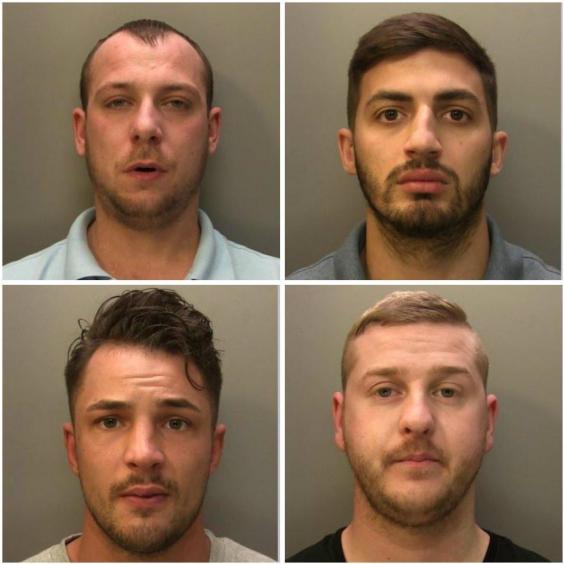 The items stolen included a £42,000 snakeskin Hermès bag, Chanel bags worth £8,000, a trophy and a collection of first edition signed Harry Potter books worth £18,000.

The thieves then went on to raid another four properties or garden sheds in Surrey and Sussex, racking up another £200,000 in stolen goods.

Today they were handed prison sentences ranging between five and eight years.

DC Phil Carter, the officer in charge of case, said the loss to victims was “substantial”. 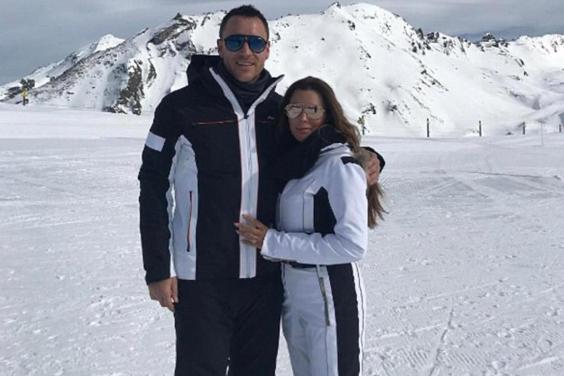 Instagram post: John Terry shared a picture of him and his wife on a skiing holiday in the French alps (John Terry/Instagram)

“These men have been convicted of a series of high value burglaries in Surrey and Sussex earlier this year,” DC Carter said.

“The loss to victims was substantial with a total value for the seven offences in the region of £600,000. High-value homes were targeted, some with occupants present during the offences – which is likely to have been very upsetting for them.”

The burglars, who were all from west London or Surrey, appeared in Kingston Crown Court on Thursday to be sentenced after pleading guilty.

Joshua Sumer, 27, of Toad Lane in Hounslow was jailed for eight years while Roy Andrew Mark Head, 28, of Felix Road, Walton-on-Thames, was jailed for seven years and four months.

Sumer and Eastaugh admitted they broke into a house in Moles Hill in Oxshott on February 25. They were disturbed but still made off with the expensive jewellery, cash and handbags.

Hart and Sumer admitted breaking into a shed and attempting to break into house at Comptons Lane, Horsham on March 1. On the same day they burgled a house on Grafton Road, Selsey, and stole a safe containing money and jewellery.

Just days later, police found a stolen ring – which had been taken in one of the raids – at Rojan Jewellers in Fulham.

The shop owner, Kye Hardy-King, 25, of Lela Avenue in Hounslow, pleaded guilty to handling stolen goods and was also sentenced to 12 months imprisonment suspended for 12 months and a 20-day rehabilitation order.

DC Carter said: “I welcome the sentences handed down today – they reflect the very serious nature of these offences. This was a complex investigation completed with help from the Flying Squad whose assistance proved crucial in securing the defendants guilty pleas.

“As this case demonstrates Surrey Police takes burglary very seriously and burglars should be in no doubt that if you offend we will come after you and ensure you face justice.”