Scientists have discovered a way of editing embryos to remove DNA that causes life-threatening genetic conditions.

A landmark study in the US successfully altered DNA in defective embryos so they were no longer programmed to develop heart failure.

The pioneering technique could pave the way for using gene editing in the UK as a method of eradicating inherited diseases in the future.

The highly controversial method is still at an early experimental stage but a leading member of the team hinted that first steps towards bringing the treatment to patients could take place in the UK under the Human Fertilisation and Embryology Authority (HFEA).

Dr Shoukhrat Mitalipov, from Oregon Health and Science University, said: “Maybe .. (the) HFEA might take a lead on this, but I’m quite sure before these clinical trials can go on they have to go through, I believe, Parliament to change a law. So there is still a long road ahead, particularly if you want to do it in a regulatory way.” 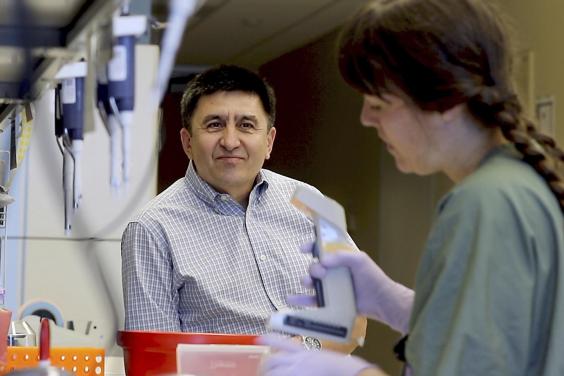 In the US, taxpayer funds cannot pay for research that destroys human embryos and Congress banned the US Food and Drug Administration (FDA) from even considering the possibility of human clinical trials involving embryos with edited inherited genes.

But Britain blazed a trail by becoming the first country officially to sanction mitochondrial replacement therapy (MRT) – which replaces faulty DNA in the mitochondria to prevent devastating diseases – which was seen by some as opening the door to “designer babies”.

Scientists first fertilised donor eggs with sperm containing the defective gene and applied the gene-editing tool that acts like a pair of precisely targeted genetic scissors.

Once the defective elements of the gene had been snipped away, the embryo’s own cellular repair systems replaced them with healthy versions.

None of the embryos were permitted to develop beyond five days after conception. But, had they produced offspring, those with the repair would no longer be at risk of developing hypertrophic cardiomyopathy or passing the defective gene onto to their own children.

Dr Mitalipov said: “Every generation on would carry this repair because we’ve removed the disease-causing gene variant from that family’s lineage.

“By using this technique, it’s possible to reduce the burden of this heritable disease on the family and eventually the human population.” 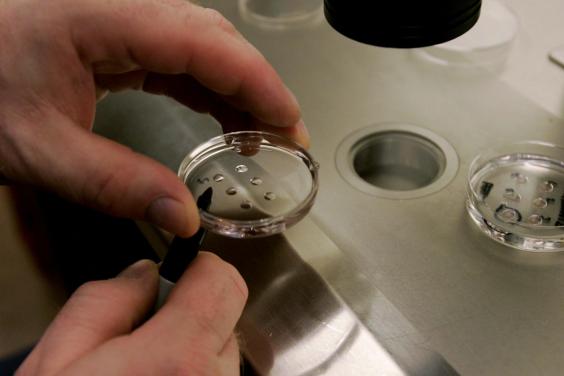 Hypertrophic cardiomyopathy occurs when the walls of the heart become thickened and stiff, making it more difficult for the organ to pump blood around the body. It affects around one in 500 people and can result in sudden death.

Dr Mitalipov said the same technique could be used to repair the faults responsible for other heritable conditions caused by an error in a single gene.

He also wants to explore the possibility of targeting cancer mutations, such as the BRCA1 and 2 gene defects that cause inherited breast cancer.

But Dr David King, director of the Human Genetics Alert, which opposes all tampering with the human genome, said: “If irresponsible scientists are not stopped, the world may soon be presented with a fait accompli of the first GM baby.

“We call on governments and international organisations to wake up and pass an immediate global ban on creating cloned or GM babies, before it is too late.”

Stem cell scientist Professor Robin Lovell-Badge, group leader at the Francis Crick Institute in London, stressed that the research was “not about designer babies”.

“There is still much to be done to establish the safety of the methods, therefore they should not be adopted clinically,” he said. “However, this method of genome editing could, in theory, be harnessed to correct mutations coming from a father.”

An HFEA spokesman said: “UK researchers can apply for a licence to edit human embryos in research, but offering it as a treatment is currently illegal.

“Introducing new, controversial techniques is not just about developing the science. Our experience of introducing mitochondrial donation in the UK shows that high-quality public discussion about the ethics of new treatments, expert scientific advice and a robust regulatory system are crucial when considering new treatments of this kind.”