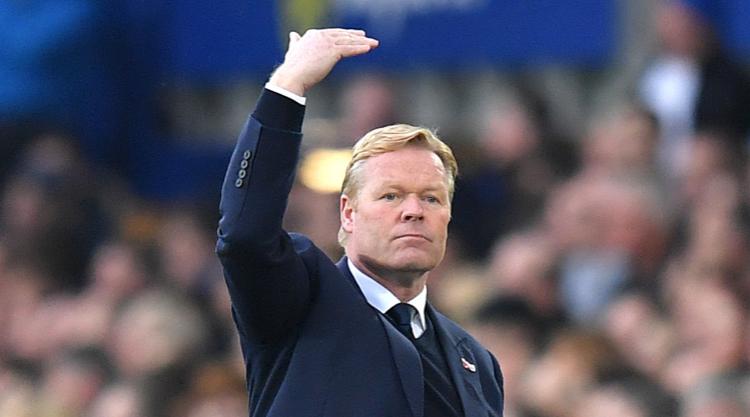 Ronald Koeman insisted he could take plenty of positives from his side’s faltering start to their Europa League campaign after squeezing past Slovakian minnows Ruzomberok in the first leg of their third qualifying round tie at Goodison Park.

Leighton Baines saved his side’s blushes with a heavily-deflected 65th-minute strike on a night which was supposed to be all about Wayne Rooney making a triumphant competitive return to his boyhood club after a 14-year hiatus.

It could have been worse for the hosts with Maarten Stekelenburg pulling off a superb save to tip a Jan Maslo header onto the bar in the 56th minute, while substitute Milos Lacny missed a superb chance to equalise late on.

Koeman said: “I don’t think 1-0 is a bad result. Maybe everybody thought we would get a bigger result at home but everyone needs to know it’s the fourth week of pre-season and we cannot expect that this team is at 100 per cent.

“But they worked very hard, had a lot of possession and played aggressively. A second goal would have been a perfect result but in European football, a 1-0 win with a clean sheet is a good result.”

Koeman expressed his satisfaction with Rooney’s performance and those of his fellow new boys Davy Klaassen, Michael Keane and Cuco Martina, who also made their first starts.

“Normally you would give the players 75 minutes after four weeks of pre-season but now eight players have played for the full 90 minutes – maybe that is more than normal but it is good.

“We said we will do everything to get into the group stage and that’s why I put a team on the pitch that was really competitive to get a good result.

“Now it is one more week of training a a different game – they (Ruzomberok) need to do more than what they did tonight, and maybe that will make it a totally different game for us.”

Rooney himself told ITV4: “It’s obviously great to be at Goodison wearing the blue shirt, it was a great feeling.

“But it was an important game for us so I had to put my emotions to one side. I’ve done that now and can get down to focusing more on the football.”

Ruzomberok head coach Norbert Hrncar insisted his side still believe in an upset after a display which earned them a standing ovation from a section of the Goodison Park crowd.

Hrncar said: “We are a little club, not like Everton, but we have dreams and we would like to achieve them, and nothing is impossible.

“We had opportunities and it was a shame we couldn’t score the goals. But nothing has been decided so who knows what is going to happen.”