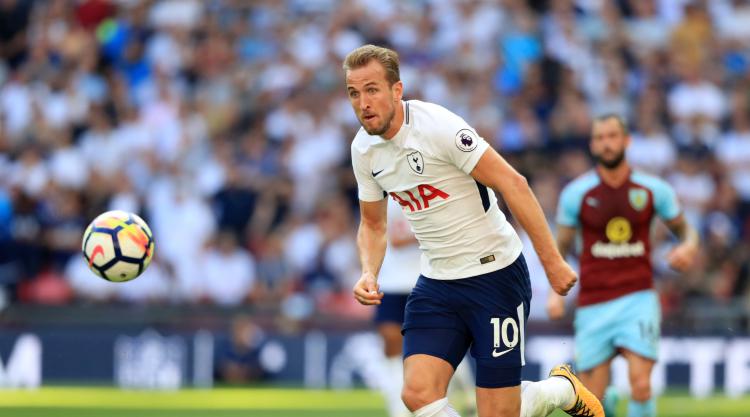 Tottenham’s Wembley jinx shows no sign of going away but at least Harry Kane can put his August hoodoo behind him for another season.

Spurs were seconds from claiming a first Premier League win at their new temporary home until Burnley’s Chris Wood grabbed a stoppage-time equaliser.

The Clarets’ record signing ran on to Robbie Brady’s pass before slotting the ball past Hugo Lloris to cancel out Dele Alli’s strike in sensational style.

Spurs would have been out of sight, however, were it not for the strange case of Kane’s August drought.

The England striker passed up two presentable first-half chances and could have had a second-half hat-trick – but somehow he has still never scored a league goal in the first month of the season, a record now stretching to 13 games.

However, with September now only four days away boss Mauricio Pochettino is confident the goals will start flowing again.

“Yes, sometimes this happens for him, it’s true after three seasons,” said Pochettino.

“He’s a player who works hard, and I feel sorry for him, he had opportunities to score but as a striker you need a bit of luck. But he will start to score soon.”

Tottenham’s sorry record at the national stadium now reads just one win from their last 11 matches.

Burnley, meanwhile, showed their opening-day victory at champions Chelsea was no fluke, and that their blip may actually have been the home defeat by West Brom that followed.

“Wherever you play Spurs they are a top side, so I’m not interested in Wembley and all that,” said manager Sean Dyche. “And I thought we handled the occasion well.

“I thought the belief and the endeavour of the side to get a point was outstanding.

“I’m pleased for Chris Wood, and it was an outstanding pass from Robbie Brady, sublime, and a fantastic finish. I think we just about deserved a point.”