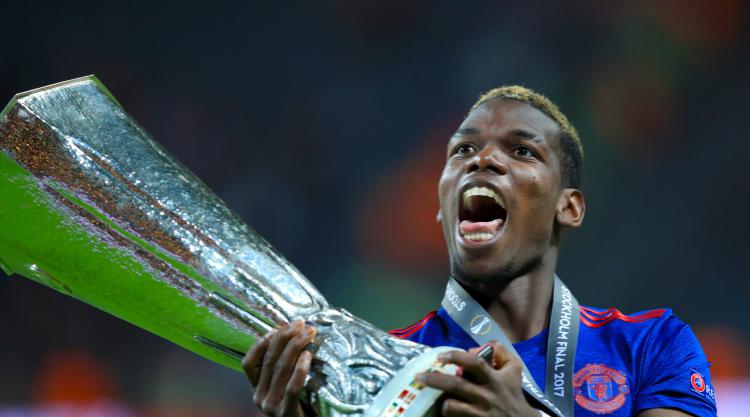 Paul Pogba has shaken off criticism of Manchester United’s 2016-17 campaign by stating winning trophies is “all that matters”.

Jose Mourinho’s first year at Old Trafford resulted in three additions to the Old Trafford trophy cabinet in the form of the Europa League, League Cup and Community Shield.

However, having spent a world-record fee on Pogba, which could be worth up to 110million euros (£92.35million), and acquired Zlatan Ibrahimovic in his first transfer window, Mourinho’s side were expected to fare better than their eventual sixth-placed Premier League finish.

Their style was also scrutinised, with Bournemouth scoring more league goals, yet Pogba has responded by insisting silverware is the only measure of any team’s success.

“And that’s all that matters. Because you can be the best team in the world, you can play great football and you win zero trophies. And who remembers them? No one. Right?”

Earlier in the season Pogba had said his status as the world’s most expensive player had created unrealistic expectations of what his role at Old Trafford should be.

Yet he insisted that the price tag was not something he had personally contemplated since he swapped Juventus for Manchester last summer.

“After one week, I forgot,” he claimed.

“It’s people that reminded me. Because at the end of the day, when you die, the most expensive and the less expensive, they go in the same grave. So I don’t even think about it.”

In a wide-ranging interview, Pogba spoke about his upbringing and the impact of the death of his father Fassou Antoine earlier this year.

He was also asked if, as a Muslim living in the city, he had a message for the people of Manchester following the terrorist attack at Ariana Grande’s Manchester Arena concert, which occurred less than 48 hours before the Europa League final kicked off.

Pogba, who scored in that win over Ajax, had dedicated the victory to the 22 people who were killed by the suicide bomber when speaking after the game.

“It’s a very difficult moment but you cannot give up,” he said.

“We can’t let them get in our heads, we have to fight for it. Sad things happen in life but you cannot stop living.