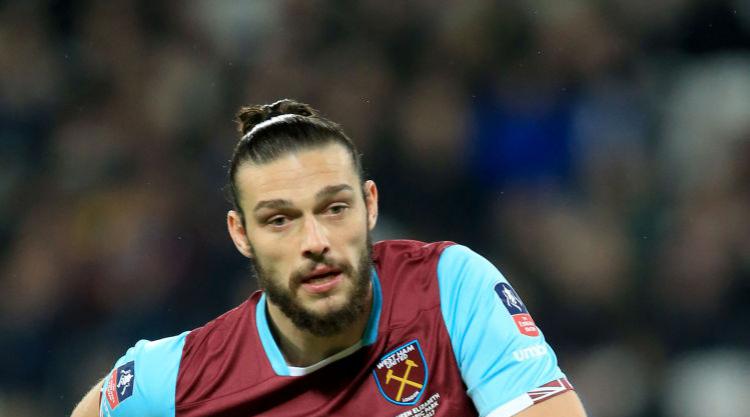 Premier League footballer Andy Carroll was whisked from West Ham’s training ground back to court after a last-minute request for him to give further evidence in the trial of a man accused of trying to rob him of his £22,000 watch.

Police went to escort the 6ft 4in striker from the club’s training ground to Barkingside Magistrates’ Court on the eve of transfer deadline day, the day after he gave his main evidence in person at Basildon Crown Court.

Carroll earlier told Basildon Crown Court that a male motorcyclist, who, he believed, had a gun, demanded he hand over his watch as he drove his green Jeep Wrangler home from training.

Carroll appeared on Wednesday by video-link from Barkingside Magistrates’ Court, which is around six miles (10km) from West Ham’s Rush Green training ground – closer than the trial venue of Basildon Crown Court.

Defence barrister Michael Edmonds told the footballer: “Thanks very much for coming back to court. I only have a few additional questions for you.”

Asked about the light conditions when Carroll said he glimpsed the biker’s face for 10 seconds, Carroll said: “I don’t remember the sunlight. I just remember seeing his face.”

Mr Edmonds asked if Carroll recalled being told that O’Brien had been arrested before a police identity parade, and Carroll replied: “Not really.”

Carroll, with his hair tied back and wearing a black T-short and blue jeans, replied: “I’ve deleted my Facebook and Twitter so I don’t know, as I haven’t been on it for about eight months.”

Prosecutor Simon Gladwell said police arrested O’Brien at a house in Dagenham, east London, 10 days after the alleged attempted robbery, where they found him in the front bedroom “hiding in the bedframe under the mattress”.

Mr Gladwell said the three items used in the alleged attempted robbery were the same as those seized at the time of O’Brien’s arrest.

Mr Gladwell said the three items were also used by O’Brien in a string of burglaries, to which O’Brien pleaded guilty in April 2017, in which items including jewellery, watches and cash were stolen. The offences happened in October and November 2016.

Carroll previously told the court he was “scared” when a motorcyclist approached him at traffic lights in Hainault, north-east London, and demanded he hand over his watch as he returned home from West Ham’s training ground.

In a 999 call played to the jury, the player said: “There’s two motorbikes, one’s behind me pulling out a gun, I don’t know what to do.”

After a pursuit, he arrives back at West Ham’s training ground and says in the call: “I’ve probably just hit about 10 cars on the way here.”

He said O’Brien had used the motorcycle, jacket and helmet for crime before, but that it was not him using the bike on this occasion.

O’Brien declined to give evidence in person.