An investigation has been launched after a man jumped onto the back of a train and hung on for 10 minutes as it moved between stations.

The man jumped onto the rear footplate of the train at Worksop station in Nottinghamshire, on Saturday afternoon, clinging onto a handle underneath the cab window as it set off.

He travelled for a quarter of a mile – 10 minutes in total – before staff noticed he was on the train, British Transport Police said.

A signaller spotted the man and called the driver, who stopped the train so he could be removed and escorted back to the station. 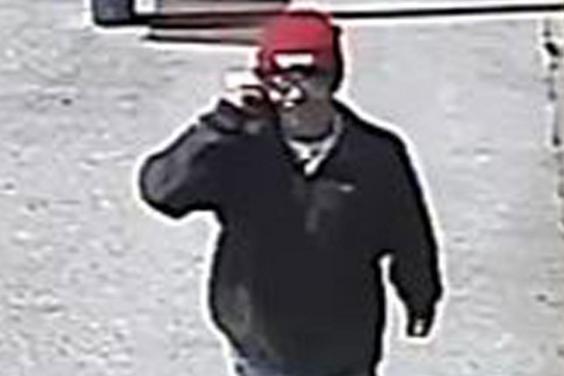 Police have released this picture of a man they would like to speak to. (British Transport Police)

The man ran away when he was taken back to Worksop.

Police have since released a CCTV image of the man they would like to speak to in connection with the incident.

Officers have also pleaded with anyone who was at the station and may have seen anything to come forward.

The incident took place between 1.40pm and 1.50pm on the train towards Nottingham.