Police are hunting a pervert who touched and exposed himself in front of a young woman on a train in south east London.

The man boarded a train to Charlton at Erith and sat opposite a woman in her early 20s who had also just boarded.

As the train headed towards Charlton, the man began to tough himself inappropriately, police said. He then apparently exposed himself to the woman.

Detectives from British Transport Police have today released pictures of a man they wish to question in connection with the incident at 5pm on Thursday, April 4. 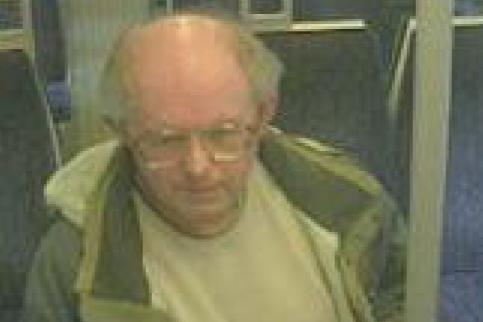 The incident took place just before 5pm on April 4 (BTP)

Investigating officer DC Martin Chapman, said: “Since this incident happened, we have examined a number of lines of enquiry. However, we are now seeking the public’s help in identifying a man we wish to speak with in connection. If you know who he is then I would urge you to contact us as soon as possible.

“No one should ever be subjected to unwanted sexual advances such as this. I am pleased that the victim in this case reported this man behaviour to us as every report helps us build a picture of the perpetrator, I hope then we are now able to identify a suspect and bring them before the courts.”