Two police officers were rushed to hospital after their marked car collided with another vehicle in north London.

The police car had to be cut open by firefighters in order to free the officers following the collision on Broadfields Avenue in Edgware at around 2.30pm.

The officers’ injuries were not believed to be serious, while the driver of the other car was not injured.

Dramatic pictures from the scene showed fire engines and an ambulance gathered around the crashed car, with the surrounding road cordoned off around. A later image showed the vehicle with its entire roof sawn off.

No arrests have been made and officers from the Met’s Road and Transport Policing Command are investigating the incident. 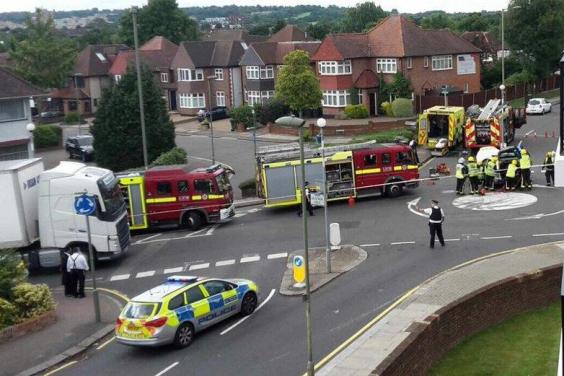 Fire and ambulance crews were sent to the scene (@999London)

A Met Police spokesperson said: “On Tuesday, 1 August shortly before 14:35 hours officers in a marked police car were involved in a collision with another car. 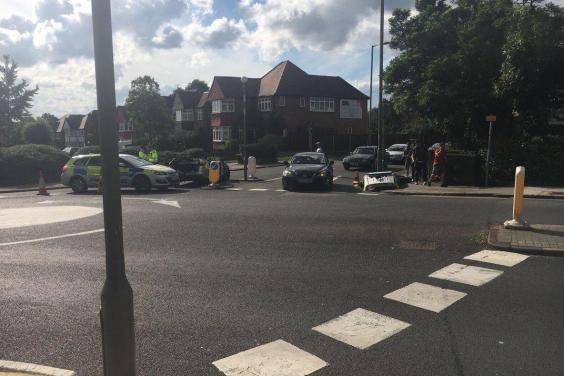 The police car had its roof completely sawn off (@999London)

“The collision occurred at Broadfields Avenue junction with Hale Lane. Two male police officers have been taken to hospital for assessment. Their injuries are not believed to be serious.”