The first Lord Mayor to lead London’s Pride parade today said the event was a chance for the capital to unite after recent tragedies.

The Lord Mayor of Westminster, Ian Adams, 50, and his husband, architect Christopher Colosimo, will be among the group leading tens of thousands of people on the annual march in central London tomorrow.

Mr Adams said he hoped the festivities, expected to attract more than a million people, would be a chance for people across faiths, cultures and different sexual orientations to come together “to show unity” after “a very difficult time in certain communities and places in London recently”.

Last month’s terror attacks at London Bridge and Finsbury Park and the Grenfell Tower disaster, which killed at least 80, have tested the resolve of the capital. They came after the terrorist atrocity at Westminster in March. Some 150 police officers and staff from the Met will take part in the parade, alongside the British Transport Police, the London Ambulance Service and the London Fire Brigade. 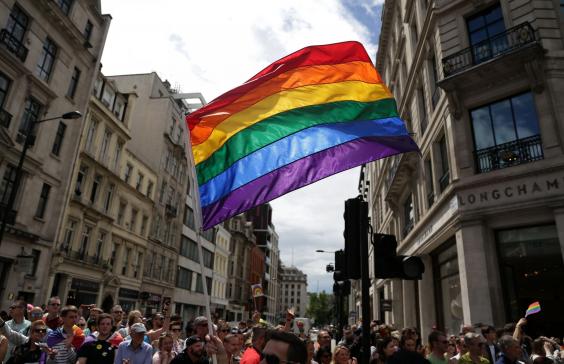 Mr Adams urged people to join the festivities, saying: “Saturday will be a hugely important day for everyone living in London to come together and celebrate that spirit of unity and togetherness we have. It’s about broad communities coming together as one, and in a spirit of genuine celebration. This is about people uniting, beyond the LGBT community.”

His words have echoed those of Mayor of London Sadiq Khan, whom he will walk beside on Saturday, who has said those taking part “are the antidote to the sadness, the struggle and the grief”.

Mr Adams said he also took pride in being able to lead the parade, 50 years on from the decriminalisation of homosexuality, “hand in hand” with his husband. They married in 2014 on the day same-sex marriage became legal, as the first same-sex Lord Mayor and Lord Mayor consort in Westminster.

Organisers have said this year’s parade promises to be the biggest ever, marching from Portland Place in Marylebone, through Soho, to Whitehall from 1pm to 4.30pm. For more details, visit prideinlondon.org

Islington, which has played a key role in LGBT+ history, is to create an archive of its heritage thanks to a £325,000 lottery grant. Islington Pride will commemorate the borough that hosted the first public UK gay rights protest in 1970, elected Chris Smith, the UK’s first openly gay member of Parliament in 1984, and had the UK’s first openly gay mayor, Robert Crossman, in 1986.