Prince Harry slammed the lack of youth education about HIV as “totally absurd” during a visit to London School of Hygiene and Tropical Medicine.

The 32-year-old issued a call to eradicate the stigma surrounding the disease at a discussion group of his Africa-based charity, Sentebale.

“HIV needs to be treated exactly the same as any other disease, and between us hopefully we can eradicate the stigma and give these young people an opportunity to stand up.” 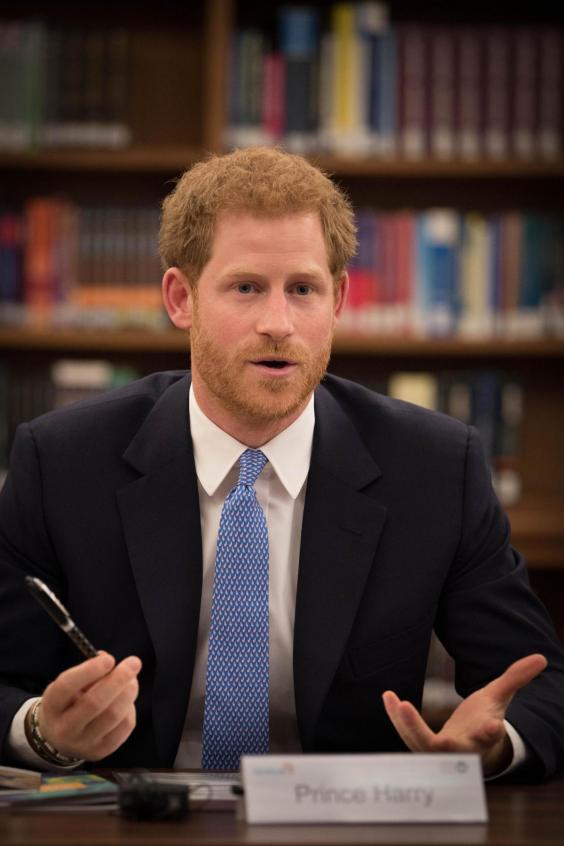 HIV: The Prince went to see work being undertaken to combat some of the world’s most pressing health issues (PA)

Harry introduced three young people, who had travelled from Lesotho and Botswana, to talk about their experiences of living with HIV.

Tloto, an 18-year-old girl from Botswana, said: “I decided to discuss my status so I can grant them courage, I can give hope to those who are hopeless.”

She was joined by Ts’epang, 19, from Lesotho and Kananelo, a 22-year-old man also from Lesotho, who all spent a week in London preparing to speak to global leaders in HIV and Aids. 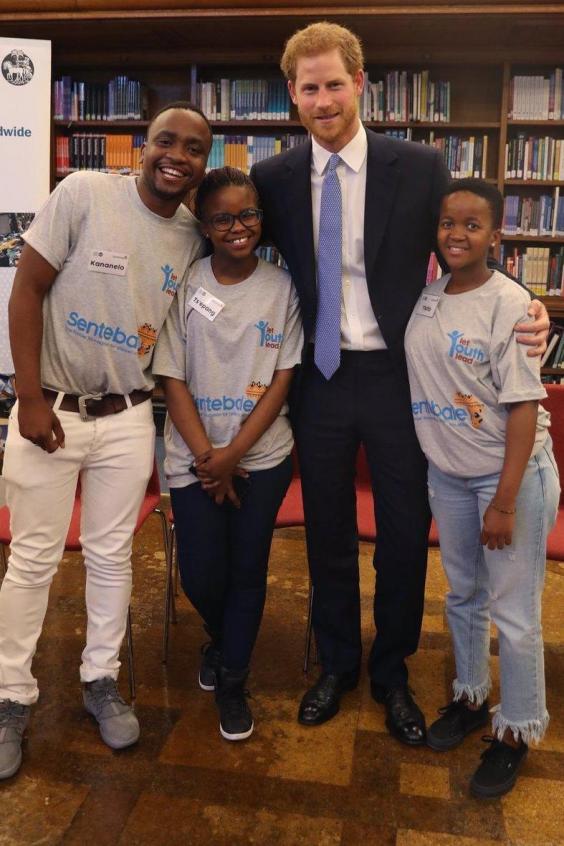 Prince Harry: He met with young people affected by the illness

The trip included a visit to Knightsbridge School in central London, where they spoke to children aged 12 to 14.

“We learned they didn’t know about HIV-related issues, but now they know with the information we gave them,” said Ts’epang.

They also visited Harry at Kensington Palace before going to the university, and Ts’epang described the Prince as “so kind and loving”.

Harry has been outspoken on the fight against HIV and co-founded the charity Sentebale, meaning “forget me not”, with Prince Seeiso of Lesotho in 2006 to improve prospects for the thousands of children and young people affected by HIV/Aids in the landlocked African country. 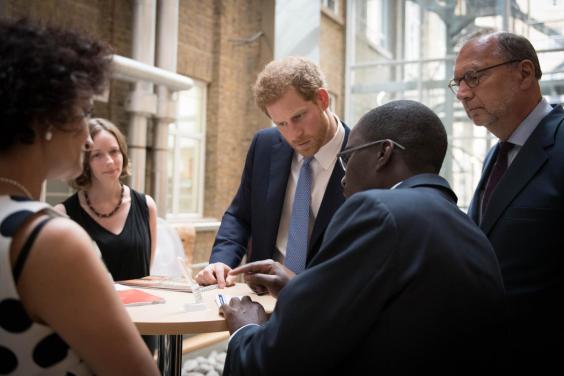 Staff: Prince Harry met the team at the London School of Hygiene and Tropical Medicine in Bloomsbury (Getty Images)

As of December last year, Sentebale had delivered adolescent-friendly HIV testing and counselling services to more than 21,000 people, and there are plans to expand into four or five sub-Saharan African countries by 2020.

Monday’s event was part of the charity’s Let Youth Lead initiative, which provides a platform for young people to encourage their peers to test for HIV and drive change in interventions that better support the needs of their age group.