William is patron of the Flight, which was formed to honour the iconic planes involved in the Battle of Britain.

The Duke arrived at RAF Coningsby in Lincolnshire by helicopter then spoke to veterans before watching an air display of a Lancaster, three Spitfires and a Hurricane flown by serving RAF aircrew. 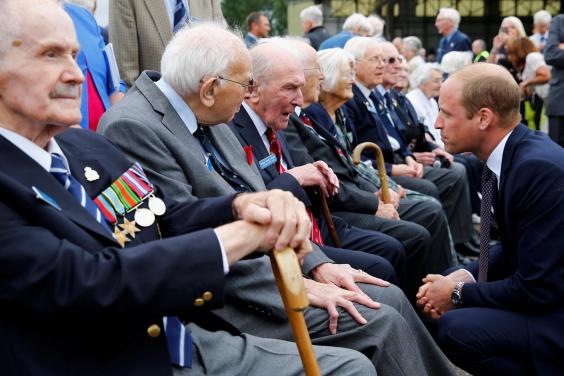 Memorial: The Duke of Cambridge speaks with veteran George ‘Johnny’ Johnson during his visit to RAF Coningsby (PA)

“He was so easy to talk to, so pleasant,” he said. “Being here brings back so many memories.” 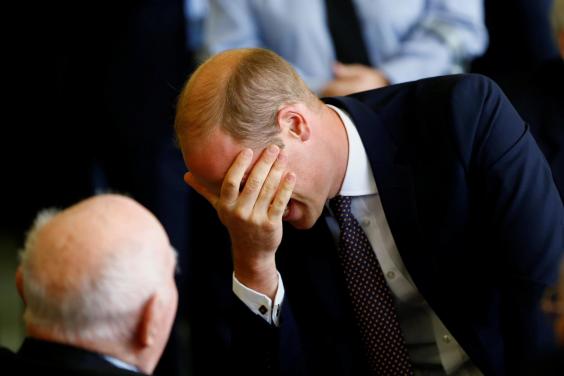 RAF: The Prince shared a joke with one of the veterans marking the anniversary of the Battle of Britain Memorial Flight (PA)

He set about collecting and preserving examples of the main aircraft involved in the conflict to honour the RAF’s defence of the UK against German attacks at the end of 1940, having realised many were falling out of service.

The BBMF now has 12 historic aircraft, including a Lancaster, a Dakota, six Spitfires, two Hurricanes, and two Chipmunks, which are used for training.

RAF: The day ended with a group photograph in front of a Lancaster on the airfield (PA)

Maurice Snowball, 95, who served as a Lancaster flight engineer, also spoke to the Duke.

“He sat on the chair next to me and I said I hope you don’t mind sitting there as I can only hear with my right ear, so you’re on my right side,” said Mr Snowball. 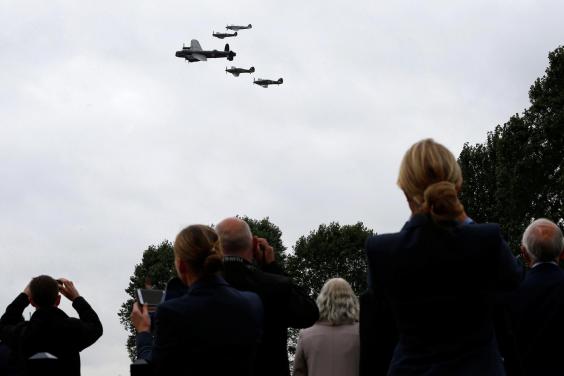 “He said that’s all right. He asked me how I got on flying and I said I enjoyed it, it was a good crew that we were in.

“I said the best memory I’ve got was the Operation Manna food drops and I told him about that.”

As part of the humanitarian operation, known as Food from Heaven, Allied bomber crews dropped food supplies to relieve a famine in parts of German-occupied Holland, including Rotterdam.

The Duke joined veterans as Group Captain Mike Baulkwill and Squadron Leader Andrew Millikin gave speeches on the significance of the anniversary.