Prince William has spoken from the heart about serving as an air ambulance helicopter pilot before completing his final shift today.

He has paid an emotional tribute to his colleagues at the East Anglian Air Ambulance service and spoken of his “profound respect” for the work they do.

He has also described some of the harrowing experiences his job involved that will live with him forever.

Today the future King praises the work of doctors and paramedics who he says he has watched “save people’s lives.” 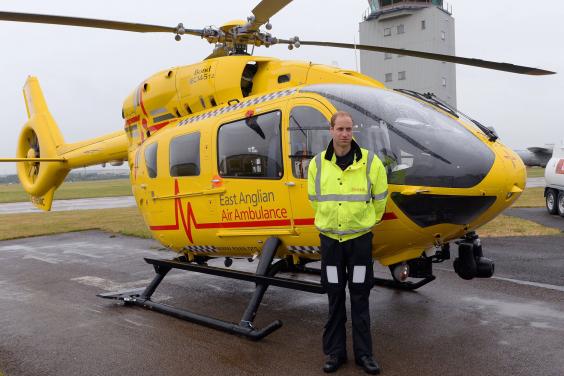 And William says as he hangs up his flight suit, he is “proud” to have served with such an incredible team of people, who save lives across the East Anglian region every day.

Writing in the Eastern Daily Press, William said “As I arrive for work at East Anglian Air Ambulance this evening, my last shift with this incredible team, I wanted to say thank you to my colleagues, team mates and the people of East Anglia who I have been so proud to serve. 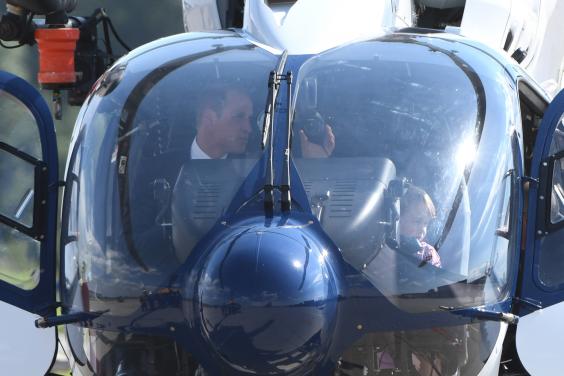 He went on, “Over the past two years I have met people from across the region who were in the most desperate of circumstances.

“As part of the team, I have been invited into people’s homes to share moments of extreme emotion, from relief that we have given someone a fighting chance, to profound grief.

“I have watched as incredibly skilled doctors and paramedics have saved people’s lives. 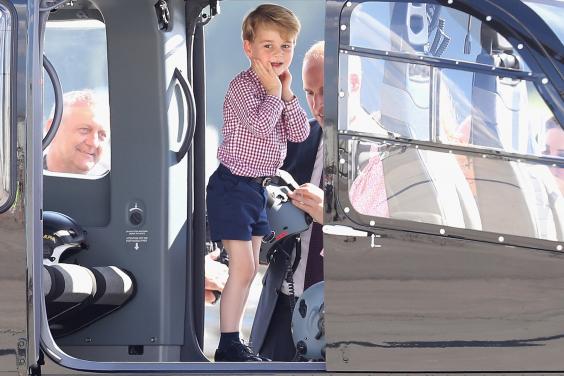 “These experiences have instilled in me a profound respect for the men and women who serve in our emergency services, which I hope to continue to champion even as I leave the profession. I am hugely grateful for having had this experience.

The Duke of Cambridge added: “From the moment I joined, when that phone rang at the base for the first time, it was clear that I was a fellow professional, a pilot with a job to do – in such a team there can be no other option, but still I am grateful to my colleagues for accepting me so readily.”

William will complete his final shift with EAAA at Cambridge Airport this evening.

After his final flight with the EAAA – where he has worked since March 2015 – the future king is expected to spend more time in London so he can take on more duties, including royal visits and charity work.

During his time with the EAAA, William has co-piloted its helicopter and flown missions in Norfolk, Suffolk, Cambridgeshire and Bedfordshire.

He went on, “At EAAA, our helicopters are airborne within four minutes of getting a call and can reach patients anywhere in the region within 25 minutes.

“We land in residential gardens, school playing fields, beaches, roadsides,anywhere it is safe to do so.

“As a pilot, my job is to get the medical team to the patient as quickly and safely as possible, so they can give treatment as soon as possible after injury.

“We are sent to only one per cent of ambulance call outs, where having a trauma team and getting the hospital to the patient quickly, can mean the difference between life and death.

“I have watched our medical team perform surgery on a patient within minutes of jumping off the helicopter – their level of skill is astounding.

“As a pilot at the scene, we will sometimes try and help by coordinating the area around the medical team, carrying their kit and doing whatever it takes to ensure they can focus on their work.

“It is a joint effort, and every member plays his or her role with great professionalism and dedication.

“As a team, we travel to some very daunting incidents and we have been though some incredibly tough times together,witnessing some appalling tragedies.

“One of the first call outs I made was to a young man who had committed suicide; it was an incredibly tough day and had a profound effect on all of us, not least in my determination now to draw attention to this issue.

“Another rescue that sticks in my mind was to a young man who was involved in a road accident. His uncle in the car with him sadly didn’t survive, and I was sure that from what we were faced with he wouldn’t either – but thanks to the skills of our medical team he is alive today.

“We were first on scene and in such circumstances we all had to pitch in to fight to save the young man’s life.

“It is days like this, when you know you have made a difference, that give you the determination to keep going.I have seen at first-hand how our doctors, paramedics, police, fire and emergency services teams work together with such skill and professionalism in stressful situations.

“I have also been very fortunate to work with an organisation which recognises the stress its staff deals with and puts their welfare as such a high priority.

“You need to be physically and mentally fit to do this job properly and so we are encouraged to talk through the things we have seen, to share the trauma within the team.

“I now know though that there are things that cannot be unseen and experiences that our first responders deal with on a daily basis that they will carry with them for life. I have the utmost respect for the job that our emergency services carry out, without fuss, on a daily basis.

“Having had the great good fortune to experience serving the East Anglian Air Ambulance, I would like to finally say thank you to the community who fund, support and keep the air ambulance flying.”