A critically-injured pedestrian flown to hospital by Prince William on his final shift as an air ambulance pilot has died.

The woman, in her 50s, had been reported missing when she was struck by a marked police van in Hethel, about eight miles south west of Norwich.

Officers were responding to a 999 call “relating to concerns for the safety” of the woman, Norfolk Police said.

William’s East Anglian Air Ambulance (EAAA) crew was called to the scene at 11.13pm on Thursday and the critical care team treated her at the scene for complex serious head injuries. 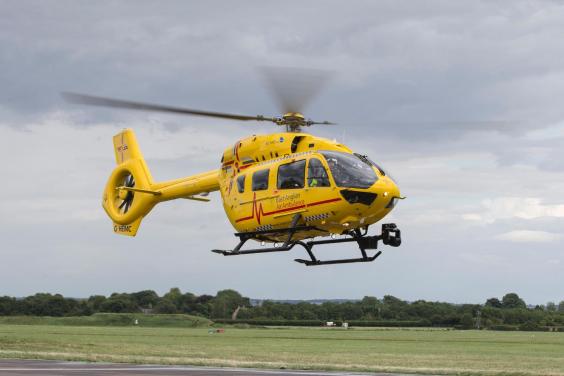 The woman was then taken by air ambulance to Addenbrooke’s Hospital in Cambridge.

Norfolk Police said the woman died on Saturday and the incident has been referred to the Independent Police Complaints Commission.

The Duke announced in January that he would be ending his career with EAAA and has clocked up more than two years flying medical crews to emergencies.

He joined EAAA as a pilot in March 2015 and, after completing an initial period of job-specific training involving simulator, aircraft and in-flight skills, he began piloting his first operational missions in July 2015.

Throughout his service, William has been based at Cambridge Airport, as part of a team including specialist doctors, critical care paramedics and pilots providing emergency medical services across Bedfordshire, Cambridgeshire, Norfolk and Suffolk.

A statement issued by Kensington Palace earlier this year said William and Kate wanted, as they had in previous years, to increase their official duties on behalf of the Queen and their charity work, which would mean more time in London.