Prince William and Prince Harry will open up for the first time about their mother in a new documentary.

A new trailer for Diana, Our Mother: Her Life and Legacy, was released on Saturday and shows the brothers studying a family photo album, and recalling their memories of Princess Diana.

The documentary commemorates the 20th anniversary since Diana’s death and is due to air on ITV later this month.

It will explore the relationship between Diana and her two sons. 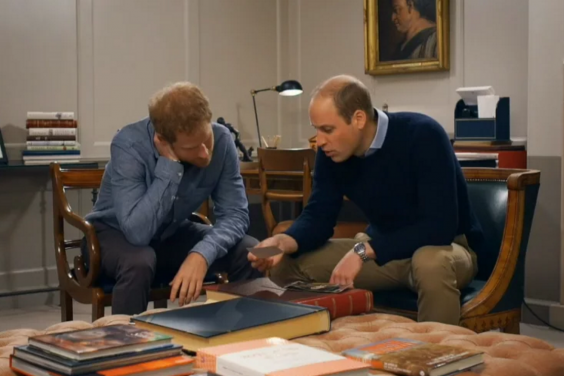 In it Prince Harry says: “This is the first time that the two of us have ever spoken about her as a mother.”

“She was our mum. She still is our mum.

“And of course, as a son I would say this, she was the best mum in the world. She smothered us with love, that’s for sure.”

He adds: “She was one of the naughtiest parents.”

In one particularly poignant scene, William studies a photo of The Princess holding him while she was pregnant with Prince Harry, and says: “Believe it or not, you and I are both in this photograph, you’re in the tummy!”

He adds: “She was very informal and really enjoyed the laughter and the fun.

“But she understood that there was a real life outside of Palace walls.”

Prince Harry revealed in April that he sought counselling in his late 20s after enduring two years of “total chaos” while still struggling to come to terms with the death of Princess Diana.

He said he “shut down all his emotions” for almost two decades after losing his mother, despite Prince William trying to persuade him to seek help.

ITV’s Jo Clinton-Davis said: “This new ITV film will offer viewers a fresh and revealing insight into Princess Diana through the personal and intimate reflections of her two sons and of her friends and family, many of whom have never spoken before, to bring together a definitive portrait of a unique person who touched the lives of millions.’

Executive producer Nick Kent added: “This film will show Princess Diana in a way she has never been seen before, through the eyes of the two people who knew her best.”