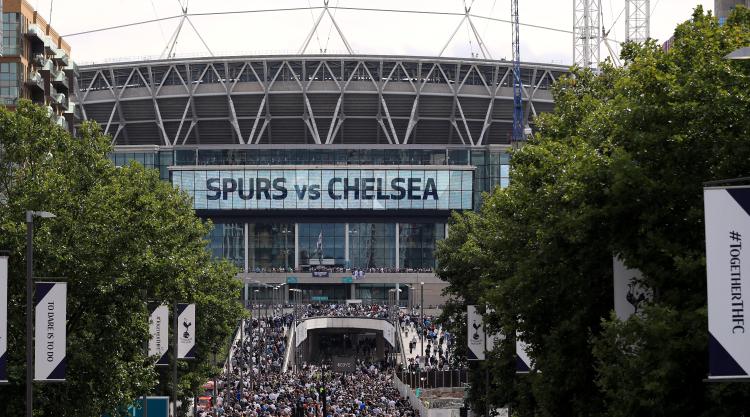 Tottenham’s poor run of results at Wembley will now be playing on the minds of the team, according to a leading psychology professor.

A 2-1 defeat to Chelsea on Sunday in their first Premier League game at the national stadium means Spurs have now lost seven of their last 10 fixtures there.

They boast just one win in that time and know that pattern needs to change as they face a full season at Wembley as their new stadium is completed on the site of their old White Hart Lane home.

Manager Mauricio Pochettino insists the unfamiliar surroundings are no excuse for the poor record and instead says he and his players must look no further than themselves for the answer.

But Professor Cary Cooper of Manchester University believes the lack of recent success under the arch will start to take its toll on Tottenham’s players in the future.

“It will play on them,” Cooper told Press Association Sport.

“Footballers are superstitious and they will link it to the stadium, link it to the fan response and when they are losing the fans will be less responsive and that is a negative.

“Just ride this out, they have the double-whammy of a new stadium and their poor record there in the past.”

Cooper, a professor of organisational psychology and health, believes the contrasts between Wembley and White Hart Lane will also be playing a part in the lack of positive results.

“To be honest I can understand it. Manchester City and West Ham had similar problems when they moved into their stadiums.

“It is psychological, you are playing in a bigger venue, it is not personal, not their space and greater expectations.

“Wembley doesn’t have the same intimacy as a venue, given the scale, as White Hart Lane.

“That is a problem as it is harder to feel that support from the fans, the stadium doesn’t lend itself to the personal touch and the power of those fans.”

Burnley are the next visitors to Wembley as Sean Dyche takes his side to north London on Sunday.

Cooper feels a victory over a big side would open the floodgates for Spurs and allow them to play with more freedom at Wembley.

“They have to overcome it,” he added. “They need a couple of wins, psychologically they need that.

“It if continues to go on it will get harder and harder but it is hard enough anyway.

“Everything can be blamed, Wembley, lack of spending, players they let go, not winning the league, it will be all of that and I’m afraid it all pulls together and could turn toxic.

“However, football is beautiful from the perspective of when you start to win the psychology changes. One good win against a fellow big club and it will change, it is the nature of the game.

“They simply need to adapt to it. Once they’ve made that adaptation they will be okay. What the players are now experiencing is a long run of losses – but that they can overcome.

“They will adjust and overcome it. They need to also overcome the string of losses but that is traditional to any club that loses a certain number of games in a row.”