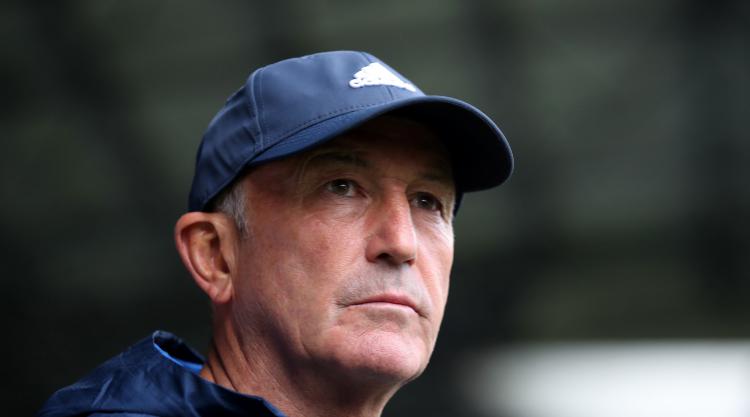 Albion made three new signings during the close season with Jay Rodriguez, Zhang Yuning and Ahmed Hegazi arriving at The Hawthorns but Pulis still wants as many as five more additions to swell numbers in his squad.

Rodriguez and Hegazi made their debuts at home to Bournemouth on Saturday and both impressed as Hegazi’s header gave West Brom a 1-0 victory.

Sam Field, 19, started the match while fellow teenagers Rekeem Harper and Kane Wilson were on the bench, with Harper replacing Field after 70 minutes.

Pulis thinks the strain on his squad will become too much without more options.

“We need more players in – good players. Everyone around the club is waiting for them to come in.

“We need players to improve us to give us a better opportunity and a better chance to do well. We’ve got 17 senior professionals – and some of them are towards the older end of the scale.

“But I know where I am, I’ve been managing clubs at the bottom end of it financially for years. I know how it happens, you just wait. We’ve got targets, we’ll get them in the next two weeks. We need to.

“The team needs to be given a lift, everyone does, the team, the supporters. They were fantastic, the supporters today, I thought they were brilliant.”

Hegazi headed the only goal of the game after 31 minutes in what was an impressive introduction to English football.

Strong and athletic, the centre-half, on a season-long loan from Egyptian champions Al Ahly, looks built for the Premier League. He immediately struck up a solid partnership with Craig Dawson and was a threat in the opposition goalmouth, as his goal demonstrated.

“I watched two games in the African Cup of Nations and I liked the two Egyptian centre-halves, him and the lad alongside him (Zamalek’s Ali Gabr),” said Pulis.

“We followed it up and found out he’d most probably be the best and we’ve taken a chance. Hopefully it’ll be a chance that has come off.”

Bournemouth were typically tidy in possession but lacked a cutting edge up from as Hegazi and Dawson marshalled the home defence well.

Even the second-half introduction of Jermain Defoe could not help the Cherries find a breakthrough and the closest they came to a goal was Benik Afobe’s first-half header which flashed narrowly wide.

” I think when you come here there’s a sort of predictability about what kind of game you’ll face. But even though there is that predictability, you’ve still got to find a way to win and we didn’t do well enough in possession,” said Bournemouth boss Eddie Howe.

“We were too slow and too predictable and West Brom were really effective in what they did.

“There’s a lot of stuff for us to go away and work on and hopefully we’ll come back better next week.”