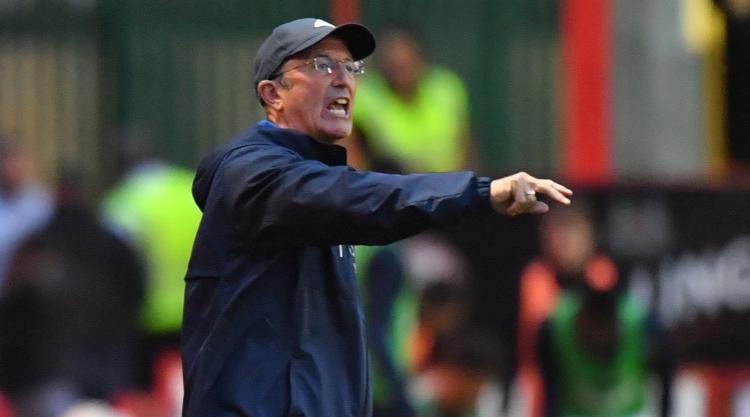 West Brom manager Tony Pulis dismissed criticism from Stoke fans who taunted him during the 1-1 draw at the Hawthorns.

Pulis had two spells in charge at Stoke and steered them into the Premier League, but still came under fire from Potters fans.

The Baggies led through Jay Rodriguez before Peter Crouch capitalised on a mistake in the home defence to level.

Pulis was more concerned that Albion squandered a chance to extend their 100 per cent start to the season when Crouch – with his 50th headed goal in the Premier League – cancelled out the opener from Rodriguez.

He added: “It was disappointing. For all their possession I didn’t think that they created all that many clear-cut chances.

“These things happen. They bring Crouchy on and without him doing anything his presence unnerves defenders. That is what Peter has done again today.

“Without doing a lot really he unnerves people when the ball goes in the box.

“I didn’t see them scoring. As soon as we scored I thought we would win the game.”

Pulis was delighted with the display of Rodriguez who scored his first Premier League for the club following his Â£12million arrival from Southampton.

“I think that Jay adds another goalscorer to the team,” said Pulis.

“He does a hell of a lot of good work and he stretches teams.

“He gets inside that back post and we think he will score 10 or 15 goals. We need more goalscorers in the team.”

Stoke boss Mark Hughes admitted that he did not enjoy the game – and felt that the length of the grass hampered his side’s style of play.

He said: “I think (a point) was the least that we deserved in terms of performance. I thought that we knocked on the door all afternoon.

“It wasn’t a great game I have to say. I didn’t particularly enjoy it as a spectacle or even being involved at management level. It was frustrating to say the least,

“But I never expected anything different. It is always difficult when you come here, those are the type of games that you have to face more often than not.

“I see they are cutting the grass now. They should have done it before the game. But there you go. It slowed us down somewhat but we stuck at it.

“It wasn’t a huge thing, but it was a slow day and the sun was shining and we needed that bit of quickness to our play and it was not quite there.”