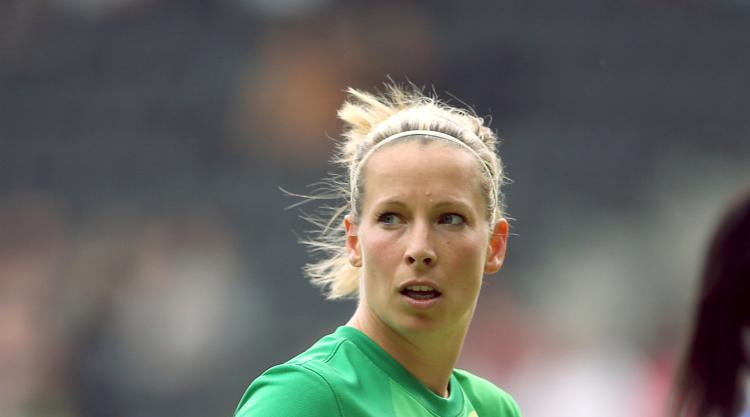 Former England goalkeeper Rachel Brown-Finnis has labelled it “shocking” that Manchester United do not have a women’s team – a situation “under review” at Old Trafford.

One of world’s biggest and richest clubs has been without a women’s team since 2005, when their team was disbanded just before the north-west hosted the women’s European Championship.

“I think it is shocking that in 2017 a club the size of Manchester United does not have a women’s team, and what is even worse is they will not properly explain their position,” the Burnley-born 36-year-old told BBC Sport.

“Look around the world and every other major football club has a women’s team, or plans for one. Two of the biggest, men’s Champions League finalists Real Madrid and Juventus, are about to set up theirs.

“Most of those teams are fully integrated with the rest of the club and being backed financially too – a few miles from Old Trafford, for example, Manchester City’s commitment to their women’s side is clear.”

In 2013, then United manager David Moyes revealed they were reviewing that decision to disband the women’s team and the club have confirmed they are looking at the situation again.

A United spokesperson said: “While there are no current plans for a senior women’s team, it is a matter that is under review and a detailed analysis is currently being undertaken.

“The Manchester United Foundation runs a number of programmes for young females in schools and communities across Greater Manchester and is also partnered with the South Manchester Girls Football League, developing girls’ football at a grassroots level.

“The Foundation also manages the FA (Football Association) tier 1 girls’ regional talent club, which provides opportunities for girls to play football at the highest level with the aim of developing international players.

“Players receive intensive training and support, along with the chance to compete against other clubs from both across the north-west and nationally in competitions; in 2016 the under-16 team reached the FA Youth Cup final for the first time in their history.”

Southampton are the only other Premier League side without an affiliated women’s team, but plans are afoot to soon have one playing in the Women’s Super League.

Southampton Saints were under the club’s umbrella until the men’s side were relegated from the top flight in 2005 and made a commitment last year to bring back women’s football as part of their deal with Under Armour.

Last month Southampton announced the creation of a new under-21s team for the 2017/18 season, with the club eventually targeting a place in the WSL.

“It’s not lip service – everybody is having fun with it. The energy of the women and the girls when they’re training is so wonderful.

“We want to make this a successful project. We want that academy to really breed players for eventually the English national squad and we want to get into the Women’s Super League and be competitive there.”