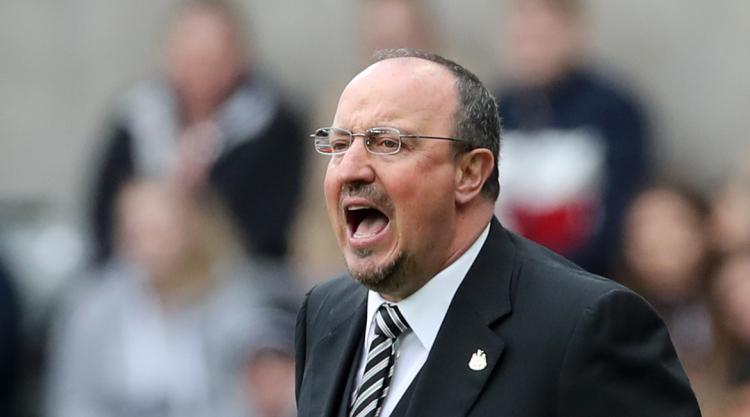 The 57-year-old Spaniard had hoped to have much of his recruitment complete before the players returned for pre-season training last week.

However, only Chelsea winger Christian Atsu and Eibar defender Florian Lejeune have arrived at St James’ Park to date and the club’s fans are growing increasingly impatient having heard owner Mike Ashley promise his manager “every penny the cub generates” from promotion and players sales to rebuild.

Speaking at the club’s 1892 Foundation Cup event, Benitez said: “It’s not easy for a lot of teams because the market is a little bit crazy. We have to try to do our best.

“The top sides have a lot of money. The other teams are spending too, but we will see what we can do.”

Benitez’s plans have not been helped by the inflated prices which have been paid out already – Everton have committed £30million apiece on Sunderland goalkeeper Jordan Pickford and Burnley defender Michael Keane, while Leicester handed over £17million for Hull’s Harry Maguire.

The Magpies have been working their way through a list of targets and having missed out Manchester City keeper Willy Caballero and Chelsea striker Tammy Abraham, have so far made little progress with Norwich winger Jacob Murphy, Middlesbrough’s Adama Traore or former Man City midfielder Jesus Navas.

Benitez said: “We know where we are – that is not ideal because everybody wants to see a lot of players signing already, but we have to keep working and see what we can do.

“We can do nothing other than just keep working to find the players that we want, and hopefully we can do it.”