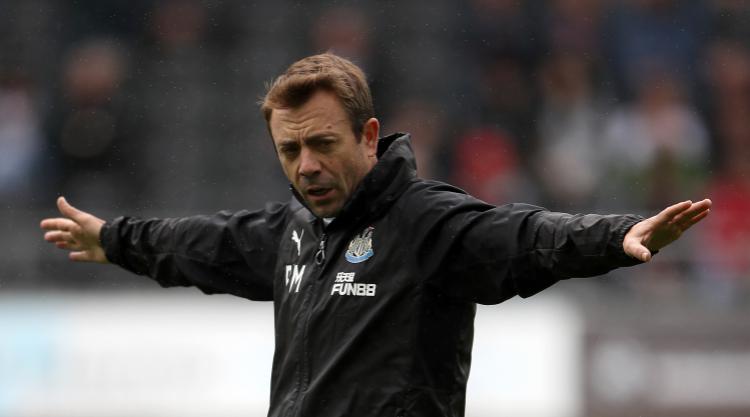 Benitez missed the game – won by skipper Jamaal Lascelles’ 76th-minute header – as he was recovering at home after being laid low by an infection following recent hernia surgery.

Newcastle had arranged to put on a helicopter to fly Benitez to and from his Merseyside base.

The Spaniard was not well enough to make the trip, but Moreno confirmed after Newcastle’s second straight Premier League win that he was in contact with the club’s coaching staff throughout the game.

“Rafa was talking with us,” Moreno said.

“Mikel (Antia, coach) was on the touchline and Antonio (Gomez Perez, coach) was in the stands communicating with Rafa.

“Between the four of us we were making a plan of communication and it worked perfectly.

“After the game Rafa rang and he has congratulated everybody, especially the players because they have done a massive job.

“We are very happy with the performance and so is Rafa. Hopefully he is joining us next week.”

Newcastle followed up their 3-0 home victory over West Ham before the international break by limiting Swansea to a handful of scoring opportunities.

Tammy Abraham should have given Swansea the lead on the hour when he rounded goalkeeper Rob Elliot and seemed certain to apply the finish.

But Lascelles raced back to clear off the line and the centre-back went from match-saver to match-winner when he headed home Matt Ritchie’s corner.

“We are very glad because we planned the game to try and win three points and we did it,” Moreno said.

“We were very serious in some stages of the game, we were very compact, disciplined and worked hard together.

“We were very balanced between defence and attack and we are very pleased with the team.”

There was a high sense of anticipation in Swansea before the game following the deadline-day signings of Renato Sanches and Wilfried Bony.

Sanches started after his shock loan move from Bayern Munich and striker Bony replaced the Portugal midfielder in the final quarter as he made his second debut for the club.

But Bony, who returned from Manchester City in a Â£12million deal, had little scope to impress and Swansea’s build-up play was ponderous throughout.

“It was very frustrating and I’m not quite sure why it turned out like that,” said Swansea head coach Paul Clement.

“I’m finding it difficult to understand why I saw what I saw. I’m very disappointed with the way we played.

“Although the margin of defeat is very small, ultimately decided by a set-play, for me the difference in the two teams in the performance was much greater than that.

“I thought they were better than us and I think we missed an opportunity there today, I really do.

“They’re a good, well organised side but we should have done better, there’s no question about that.”