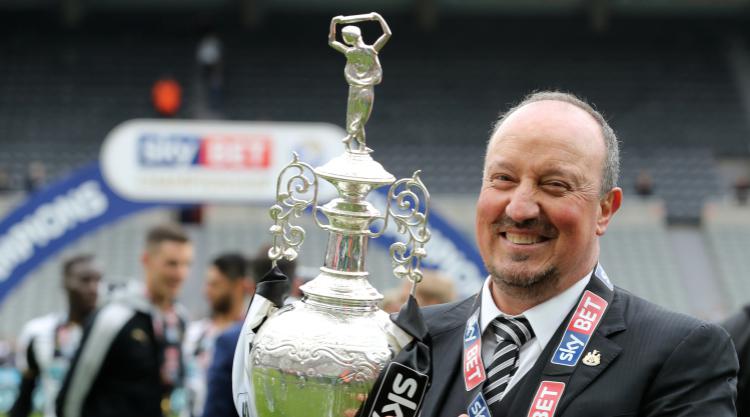 Newcastle boss Rafael Benitez is set to be handed a significant summer war-chest to rebuild for life in the Premier League after productive talks with owner Mike Ashley.

The two men, along with managing director Lee Charnley, met at a secret location on Tuesday to discuss the way forward in the wake of the club’s promotion back to the top flight, and fears that the Spaniard could walk away from the club less than 12 months after signing a three-year contract appear to have been allayed.

In a statement released on Wednesday evening, Ashley said: “I’ve confirmed to Rafa and Lee that they can have every last penny that the club generates through promotion, player sales and other means in order to build for next season.”

That income will include the club’s share of the latest broadcast deal and, while there will be no repeat of last summer’s remarkable selling spree, which saw the Magpies rake in a total of Â£68million for Moussa Sissoko, Georginio Wijnaldum and Andros Townsend, any proceeds from player sales will be added to that pot.

However, running costs will have to be subtracted from the total and, while Premier League wages for new arrivals will eat into that, Benitez could perhaps reasonably expect to have somewhere in excess of Â£75million at his disposal.

The Spaniard said: “I’m pleased with how the meeting went and the positive approach we are all taking together to build on what we have started this season.

“There will be challenges ahead, of course – the summer will not be easy – but the hard work has been going on for some time and we can now continue positively with the development of the squad ahead of the start of the new season.

“I wish fans an enjoyable summer.”

Benitez invested heavily last summer to build, ultimately successfully, a squad capable of winning promotion, but he was disappointed not to be able to allowed to do it in January as Ashley stepped in.

He has made little secret of the fact that he believes there will have to be another overhaul, and, while the Sky Bet Championship title brought broad smiles to Tyneside on Sunday afternoon, the path out of the second tier proved far from straightforward.

However, the news that the former Liverpool and Real Madrid boss has apparently received the assurances for which he was looking will be music to the ears of the Toon Army.

The club have already been linked with a bewildering list of potential summer targets in the weeks since securing their return to the top flight, and the hierarchy will hope Benitez’s knowledge and name will help to attract the players they need to prosper back in the big time.