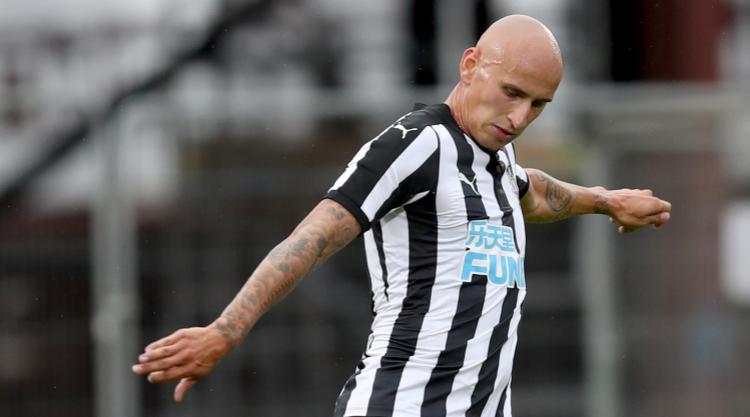 Rafael Benitez has told Jonjo Shelvey he must control his anger if he wants to fulfil his potential.

It was revealed on Monday, a day after the 25-year-old Newcastle midfielder had been sent off for standing on Tottenham counterpart Dele Alli, that he has been seeing a psychologist to help him deal with his issues on the pitch.

Manager Benitez was at pains not to criticise his player in public at his pre-match press conference on Friday afternoon, but admitted only Shelvey, who served a five-match ban last season for racially abusing Wolves player Romain Saiss, could address the problem.

The Spaniard said: “He knows he made a mistake and everyone agrees with that. He is the first one that wants to change, wants to improve. We have been working on that and so is he.

“You cannot predict or prevent it, we are working on that. The situation is not what you are expecting, so you have to keep going to give the right message. At the end it depends on one second when he loses control.

“He knows. It depends on him and those around him.”

Shelvey will miss the next three games, starting with Sunday’s trip to Huddersfield, as a result of his red card, and there is no guarantee that he will get straight back into Benitez’s team.

The manager said: “If we win three games in a row, then we will not talk about team selection, we will talk about how many times we can repeat the team.

“We will talk about the situation later. The players understand, they try to help him, but at the same time he is important and he has to behave as well.”

Shelvey’s absence could hand a chance to Mikel Merino, a summer loan signing from Borussia Dortmund, while Benitez will also have to make changes at the back as a result of injuries to Florian Lejeune and Paul Dummett.

If Newcastle’s first weekend back in the top flight ultimately ended in disappointment, Huddersfield’s proved a triumph as they romped to a 3-0 win at Crystal Palace.

However, Benitez believes the Magpies and Town, like fellow promoted side Brighton, are operating on very different levels of expectation.

He said: “It is the first time Huddersfield and Brighton have been in the Premier League. Every fan realises that Newcastle is a big club that has to be there.

“Brighton and Huddersfield are fantastic clubs, but if they stay in the Premier League, everyone will be over the moon.”