Crowds of furious protesters demanding justice for a young man who died after being chased by police have marched to an east London police station and blocked the road.

On Monday evening more than 150 people marched to Stoke Newington police station in fury after members of the local community said they had been left “concerned and angered” at Mr Charles’ death.

Demonstrators held up banners reading “enough is enough”, “bring peace to our streets” and “black lives matter” while others chanted “no justice, no peace” as they gathered outside the north east London police station.

Buses were left at a standstill as protesters stood in the road. One young woman was seen standing in front of a taxi while another man, with a sign reading “justice for Rashman”, sat in the road in front of a bus. 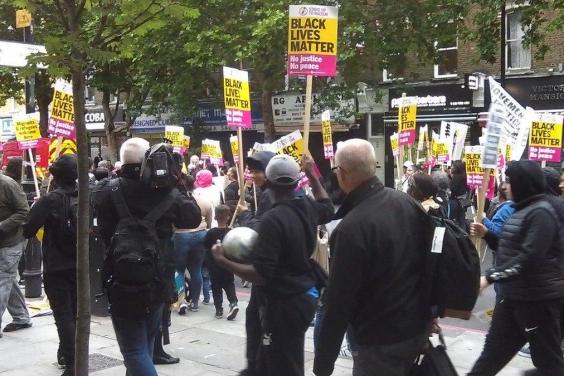 CCTV emerged on Monday of Mr Charles entering the Yours Locally 24-hour shop on Kingsland Road before putting his hand to his mouth as he apparently swallows an object.

The incident took place after police tried to stop a car on the road at 1.45am on Saturday. 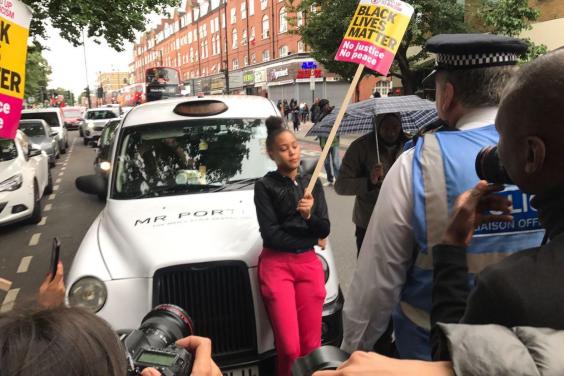 A woman blocking the path of a taxi.

According to police watchdog the Independent Police Complaints Commission, which has launched an investigation, Mr Charles “became unwell” and first aid was given by a police officer, police medics and paramedics.

Monday evening’s rally in Stoke Newington was originally planned as a “JusticeforRash” vigil by the Hackney Stand Up to Racism and Fascism protest group. They said Mr Charles’ death was the latest in a “seemingly endless list of black men dying at the hands of the authorities”. 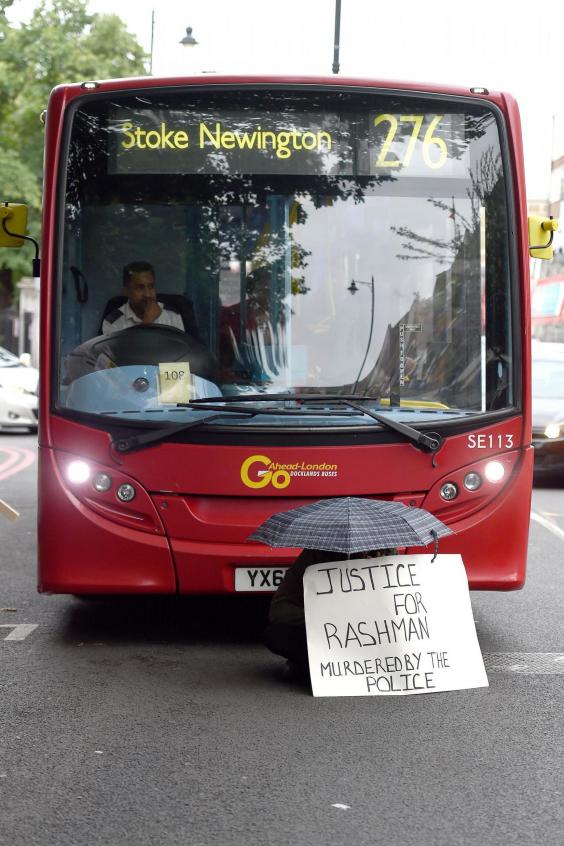 A man sitting in front of a bus under an umbrella to block traffic. (PA)

Flowers had been left and candles laid out to read the words RIP was laid at the scene.

Speaking to those gathered at the police station for the vigil at around 5.30pm, police borough commander for Hackney, Chief Superintendent Simon Laurence, offered his condolences to Mr Charles’s family. 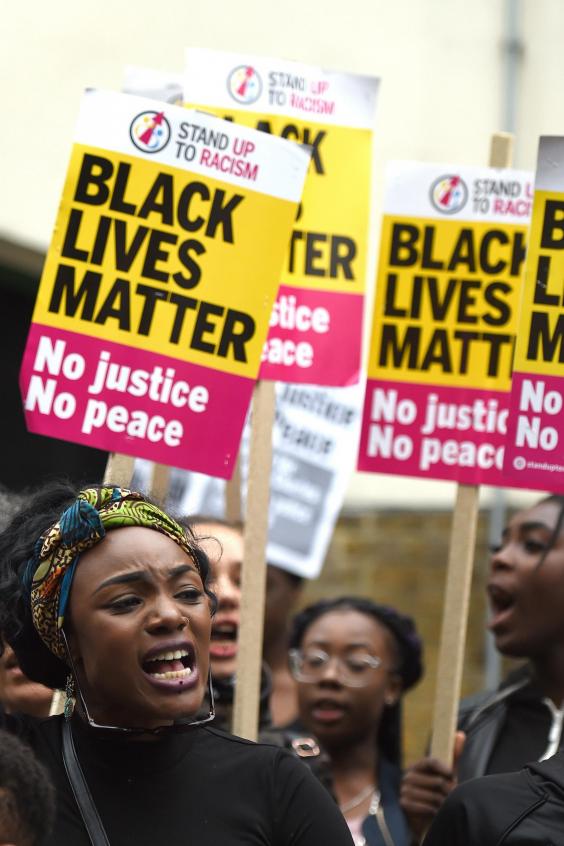 He added: “I understand the community want answers about what happened and no explanation can come quickly enough for a family in mourning.

“This is now subject to an independent investigation by the Independent Police Complaints Commission (IPCC).

“It is their job to investigate this incident and their work started on Saturday.”

Mr Laurence said the police officers understood they would be held to account for their actions.

He added that he appreciated that some members of the local community had been impacted by the death and that he had spoken with community representatives to hear their concerns.

Mr Charles’ death comes after watchdog the IPCC launched an investigation into the death of  Edir Frederico Da Costa, known as Edson, who died in hospital six days after he was detained in Newham in June.