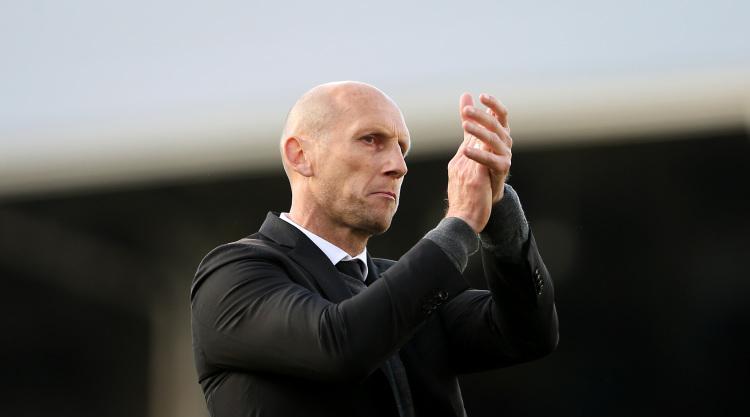 The Royals may now be favourites to progress to Wembley after escaping back to Berkshire with a 1-1 draw at Craven Cottage.

But they had skipper Paul McShane sent off – meaning he will miss the second leg and the final should Reading get there – while goalscorer Jordan Obita left the field on a stretcher.

Obita had opened the scoring against the run of play but Tom Cairney equalised before the 10 men withstood a late onslaught.

“We know what we can do, we are confident in our squad, and Fulham are a very talented team. Home advantage doesn’t guarantee anything, we will have to work hard.”

Stam added: “I’ve seen it back, he hits the player, but he doesn’t do that on purpose.

“He’s trying to reach the ball and the player nicked it away and he was just a bit late.

“He’s been very important for us throughout the season, but he’s had injuries as well and other players needed to step up so we can win a game without Paul McShane.

“Obita twisted his ankle so we have to have a look at that. Tuesday is very close. Jordan and Macca are important but we have a big squad so I’m not over-worried.

“We trust all our players. I’ve seen plenty today to say we can still do it.”

After a first period spent camped in their own half, Reading stunned the hosts when Obita fired them into the lead eight minutes after the interval.

Fulham felt Stefan Johansen was fouled in the build-up as McShane ploughed through the midfield and fed Obita on the left.

The full-back was not closed down quickly enough by Ryan Fredericks and drilled a low, angled drive in off the far post.

That setback merely served to fire Fulham up, however, and they grabbed a 65th-minute equaliser.

Scott Malone’s cross was palmed out by Ali Al Habsi straight onto the head of Cairney, who nodded into an unguarded net for his 13th goal of the season.

However, they could not force a winner and manager Slavisa Jokanovic admitted: “We can’t be completely satisfied. We didn’t win the game.

“I believe we deserved to score more and win the game but everything is now open for the game on Tuesday night.

“We showed a good reaction after they scored. We had many chances but we were not clinical enough.

“But I didn’t expect to beat them 5-0 like we did in December. We will push hard on Tuesday night.”