Nearly 50 people fled their homes after a giant crane collapsed into a former Primark store.

Nobody was reported injured but shops were evacuated.

Residents spent the night in temporary accommodation after the 60-metre crane toppled.

It came to rest against the former shop in West Street, Reading. 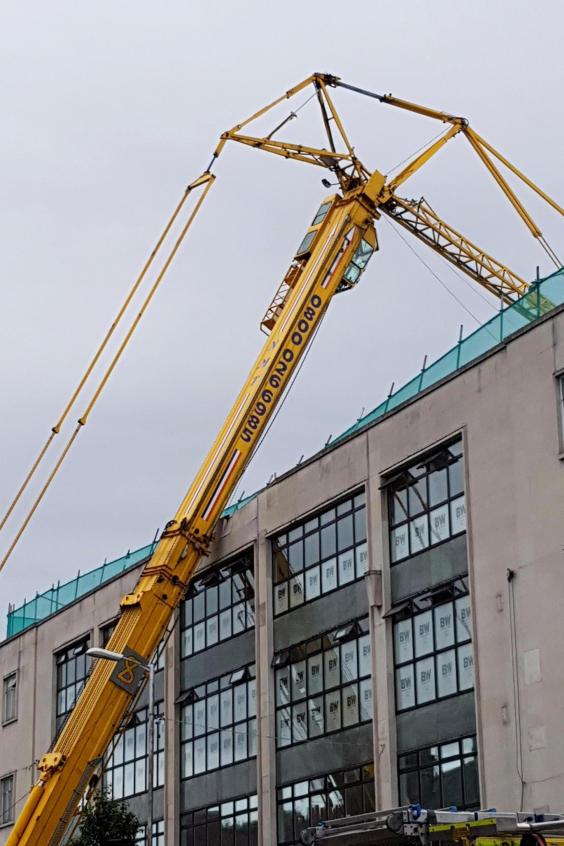 The crane came to rest against a former Primark store

The long arm of the crane had been pictured earlier that day looking “precarious”, according to one Twitter user.

He wrote: “Not saying I have foresight but the crane that has fallen over in Central Reading looked so precarious earlier that I took a picture of it.”

Another Twitter user said the collapse had caused “mighty problems”.

Reading Council has re-homed 49 people, with other residents preferring to arrange to stay with friends and family.

A number of roads in the Berkshire town have been closed for safety reasons, Thames Valley Police said.