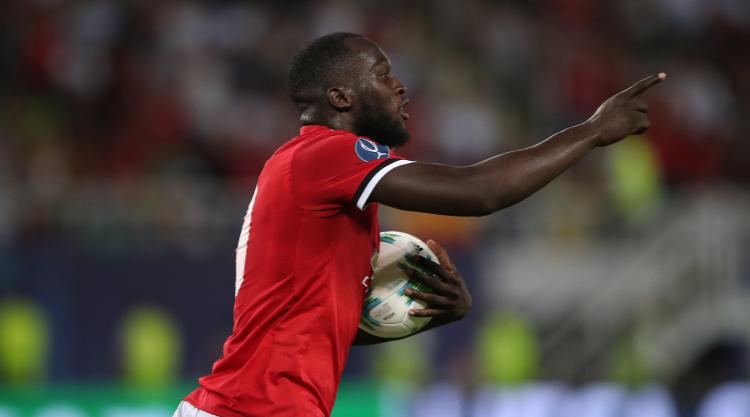 Manchester United were outclassed at times as Real Madrid won the UEFA Super Cup to give Jose Mourinho food for thought at the start of his second season in the hot seat.

Sweltering Skopje bore witness to an entertaining meeting of these European giants in the annual clash of the Champions League and Europa League winners.

The Red Devils started brightly enough as they looked to win the competition for just the second time, only for a promising start to peter out as Zinedine Zidane’s side flexed their muscles.

Casemiro’s header off the crossbar was a warning shot that Mourinho’s men failed to heed as the impressive Brazilian tucked home a fine Dani Carvajal pass as offside appeals were ignored.

Isco turned home after United’s defence was split open and Gareth Bale rattled the crossbar as Madrid continued in the ascendancy after the break, before Lukaku atoned for a poor earlier miss by scoring from close range.

Substitute Marcus Rashford and goalkeeper David De Gea impressed as United fought valiantly for an equaliser that would elude them at the Philip II National Arena, where manager Mourinho’s former side held on for their fourth Super Cup.

Mourinho is still hoping to make one more summer addition and admitted in the build-up that he would “fight” for Bale if Zidane chose against using him in the Super Cup.

However, the Wales international started in Macedonia and came close to opening the scoring inside the opening minutes after Paul Pogba inexplicably let a deflected Marcelo cross loop over him.

United, in fact, had started the brighter but struggled to create clear-cut chances, so when Madrid kicked into gear the remainder of the first half became a struggle.

Casemiro outmuscled Matteo Darmian to meet a corner with a thumping header that rattled the crossbar and, once Pogba wasted a counter-attack, a poor clearance from United’s Italian defender offered Madrid another chance.

Casemiro could only fizz over but it was to prove third time lucky for the Brazilian.

Carvajal showed excellent vision and no little skill to clip a pass over to Casemiro, who got behind United’s backline to slide a first-time shot past De Gea.

No offside was called despite a glance to the linesman, who raised his flag when Bale netted just before a drinks break – welcome respite from running around in the Skopje heat.

Pogba saw an effort blocked and Keylor Navas comfortably stopped a Lukaku header when play resumed, but the best chance in the remaining third of the opening period was the Karim Benzema strike parried by De Gea.

The Spain goalkeeper’s exceptional one-handed stop prevented Toni Kroos from making matters worse, with Chris Smalling then having to throw himself in front of a Marcelo drive.

The second goal Real were threatening would arrive in the 52nd minute as Isco played a lovely one-two with Bale, all too easily putting him through on goal as he curled coolly past compatriot De Gea.

It was a gut punch United should have recovered from immediately.

Pogba met a fine cross into the box with a poor header that Navas fumbled into the path of Lukaku, who wasted a glorious chance to mark his debut with a goal by lashing over the rebound.

Marouane Fellaini joined half-time introduction Rashford on the field as Mourinho looked to turn things around, but at the other end Luka Modric had an effort before Bale smashed the underside of the bar.

Benzema also threatened before Navas’ gaffe allowed United to pull one back. The Madrid goalkeeper was unable to deal with a stinging Nemanja Matic drive and fellow debutant Lukaku pounced to fired home.

It led to a thrilling end to the Super Cup and, after another drinks break, a fine Henrikh Mkhitaryan pass put through Rashford, who was denied by a Navas save low to his left.

Zidane turned to Cristiano Ronaldo as United continued to push for a leveller, with Fellaini seeing a header saved before Marco Asensio was stopped superbly by De Gea in stoppage time.