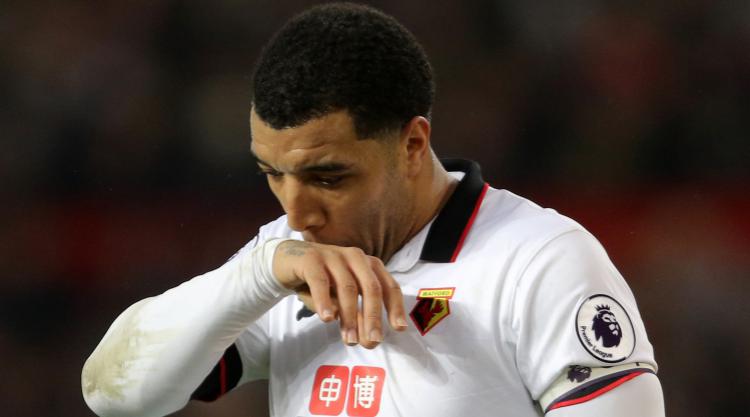 Watford captain Troy Deeney will miss the club’s pre-season trip to Austria as he continues his recovery from injury.

The 29-year-old striker has had surgery on a minor groin problem and will remain in the UK for a short rehabilitation period, according to the Premier League side’s official website.

Deeney, who is once again being linked with a move away from Vicarage Road, with West Brom reportedly interested, scored 10 league goals last season.

He is the only notable absentee from the 31-man squad named by n ew Hornets head coach Marco Silva, which includes recent signings Will Hughes and Nathaniel Chalobah.

There is also some positive news on the injury front for Silva, with long-term injury victims Mauro Zarate and Roberto Pereyra both able to travel for the week-long training camp.

Argentinian forward Zarate, a January signing from Fiorentina, suffered cruciate ligament damage in February, while compatriot Pereyra, who arrived from Juventus last summer, has been sidelined since mid-December due to a knee issue.

Watford, who are scheduled to kick-off the new season at home to Liverpool on August 12, were due to fly to Austria on Monday.

They will face Viktoria Plzen of the Czech Republic on Tuesday before taking on LaLiga side Eibar in another friendly on Saturday.