This is the first glimpse inside the new Elizabeth line stations taking shape across London.

With less than 18 months to go until the Crossrail line opens, engineers have begun to install the escalators, light fittings and bespoke elements of each ticket hall.

The new images provide a glimpse of what future passengers will see when the railway opens in December 2018. 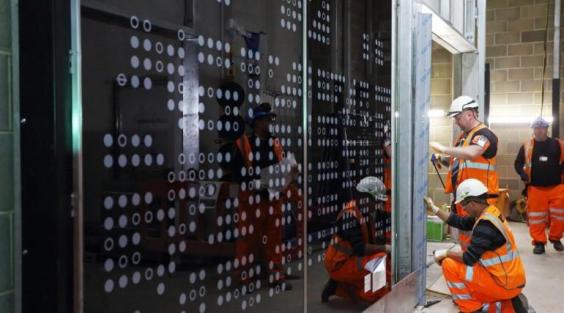 Engineers at Farringdon station are currently fitting the roof of its eastern ticket halls, which is inspired by the architecture at the nearby Barbican Centre.

At Woolwich and Paddington stations, bespoke brickwork and lighting is being installed, while work is also under way at Bond Street.

The Crossrail project, including the construction of tunnels and the stations, is now more than 85 per cent complete. 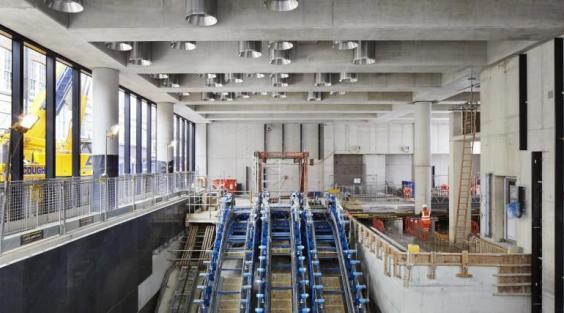 Julian Robinson, Crossrail Head of Architecture, said: “Crossrail is working with the best architects and engineers in the world to create a railway that builds upon the unrivalled heritage of London and its iconic transport network.

“As the project passes 85 per cent complete, these new images highlight the progress being made to install the architectural elements that will soon become familiar to the hundreds of thousands of passengers who will use the Elizabeth line when it opens in December 2018.”

“It won’t be long before customers get to experience these spacious, state-of-the-art, accessible stations for themselves. They really will transform the journeys for millions of Londoners, sure to surprise and delight those travelling through them.”

Crossrail will run for more than 60 miles from Reading and Heathrow in the west, through London via the tunnels, and out the other side to Shenfield and Abbey Wood in the east. 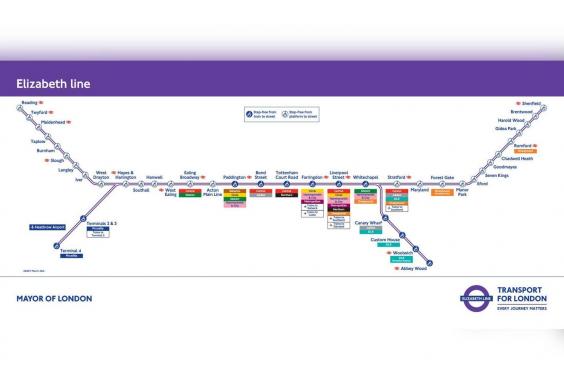 The route will officially be named the Elizabeth line when services through central London open in December 2018.

Around 200 million passengers are expected to travel on the Elizabeth line each year with 10 new stations being built to deal with the capacity.