These are the terrifying weapons found just yards from a busy east London high street in a search involving police and residents.

In a new initiative, officers are recruiting local people and faith leaders to join sweeps of estates and parks to check for weapons hidden by criminals and gangs.

The latest “flash search” in Poplar uncovered a 15-inch-long machete, a knife and three hammers with sharpened ends — said to be a favoured weapon of local gang members.

The joint hunts are the first in London and could be rolled out across the capital in the fight against knife crime. Police in Tower Hamlets say that before they start a sweep they knock on doors on local estates and ask people if they want to take part. 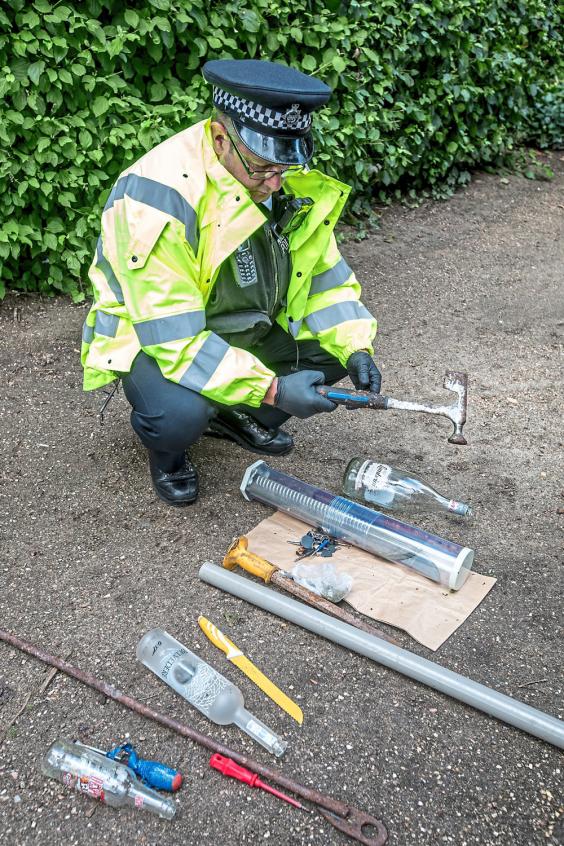 Detective Inspector Chris Soole of Tower Hamlets CID said: “We ask people if they want to get involved, give them a safety briefing and tell them what to do if they find weapons. We are getting a really good response. We had three youths who asked what we were doing recently and they wanted to help, which is encouraging.

“This is trying to get across to people that this is not just a police problem, it is everyone’s problem. We have found knives every time we have conducted these. This is a highly visible stand against knife crime.”

A vicar and an imam have joined in the searches. In the latest one, off  Poplar High Street, the hunters also found a baseball bat and lengths of scaffolding that police say could be used as weapons. 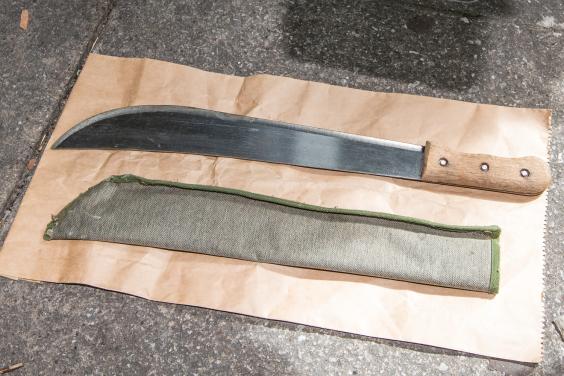 Tower Hamlets councillor Rabina Khan, who is helping to organise the operation, said : “There is only so much the police can do on their own. We have to set an example and get local people involved. It shows that we care about our neighbourhood and streets and are not prepared to put up with drugs and knife crime. There is a feeling of getting ownership of our streets back.

“This sends out such a strong message on the estates. I can see this happening across London.” Tower Hamlets borough commander Sue Williams said: “The great thing about these searches is that they involve our communities. It means we are all working together to take knives off of the streets.”