Drivers have been warned to steer clear of central London over the weekend as an annual cycling festival is set to shut down much of the capital.

Thousands of Londoners are expected to attend the three-day festival – which will close down roads on Saturday 29 and Sunday 30 July.

Transport for London warned that roads remaining open are still likely to be busier than usual and advised Londoners to avoid areas close to the routes. 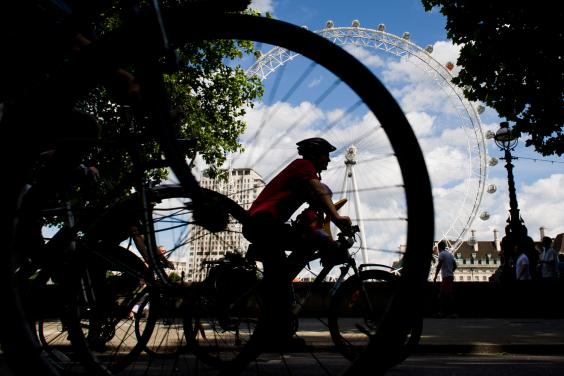 Race: Several rides will be hosted across the capital over the weekend (Getty Images)

The transport body recommended walking short distances or using Tube and rail networks for longer ones – as buses will be diverted throughout the weekend.

On Saturday the city will host an eight-mile bike ride taking in the sights of London and running between St James Park and Cannon Street.

Road closures will be in place from 5am to 7.30pm and disruption is expected around Parliament, Trafalgar Square, Buckingham Palace, Waterloo Bridge and Holborn. 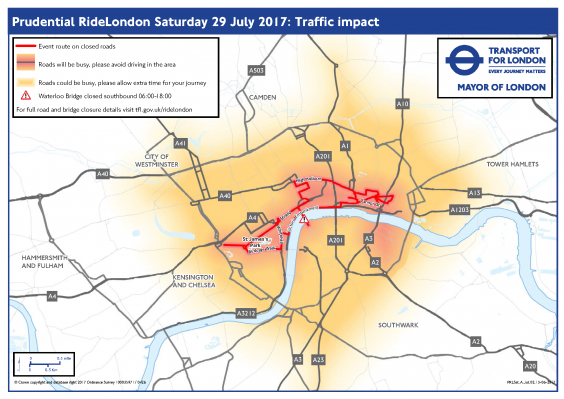 On Sunday participants will be able to take part in a London to Surrey ride, which will close off select roads along the route. It runs from the Olympic park in east London to south-west of the capital and out to Surrey.

As well as the two amateur races, the festival will host a handful of professional ones over the three-day period. 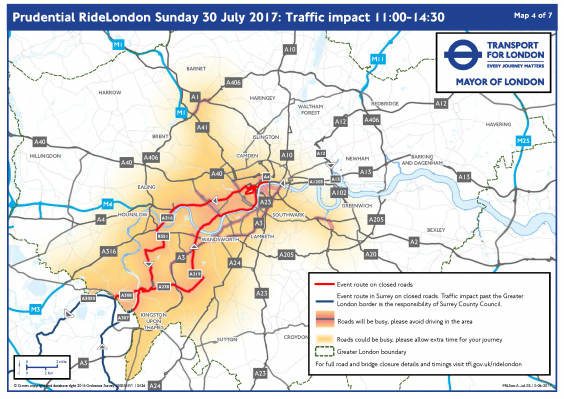 The event, which was first held in 2012, was launched to help to promote safe cycling in the city.

A statement on the TfL website reads: “The events will close roads on Saturday 29 and Sunday 30 July, affecting drivers and bus passengers.

“Tube and rail will be the best way to get around central London on the day although some stations around the routes are expected to be busier than usual, especially before and after the cycling events.”

For a full list of road closures – and the times they will be closed – visit the TfL website.